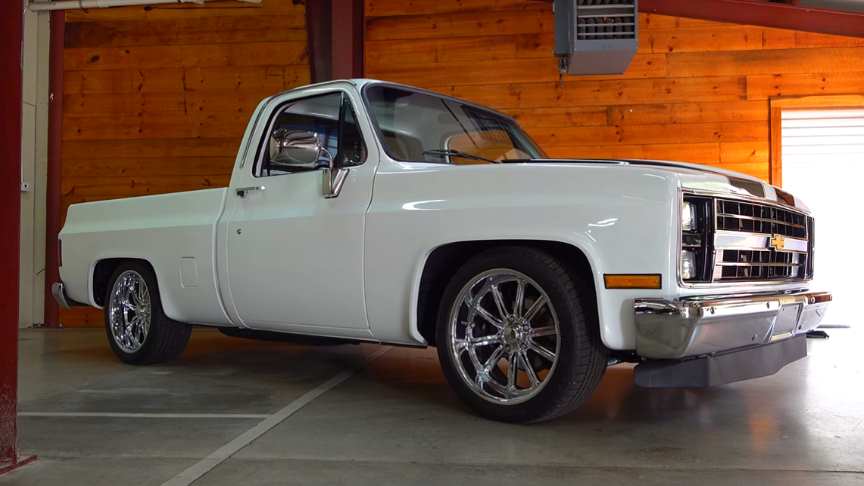 One where the whole town was behind the event.And just because it wasn’t in a big city with 1000’s of cars there…They knew cool and it was everywhere.In this video I do a walk around on a 1985 Chevrolet Pickup that some boys I met down at this show a couple years back built for a client of theirs.

I have shot several of their builds and they always bring some nice stuff.This 1985 Chevrolet pickup is pure white with black stripes.I shot one a couple of years back they built.Same color.Different year.Same client.lol.

The truck has been completely redone..The interior has some diamond pleat added to the seat…Custom gauges and dash nothing to fancy…But fits the truck well.Under the hood a healthy 383 and a very clean install.This is one clean 1985 Chevrolet Pickup that was built to drive.I know You will dig it.Check it out!!!// ScottieDTV