The Lockheed F-104 Starfighter was a single-engine, supersonic interceptor aircraft which later became widely used as an attack aircraft. Initially a day fighter, it was developed into an all-weather fighter in the late 1960s. 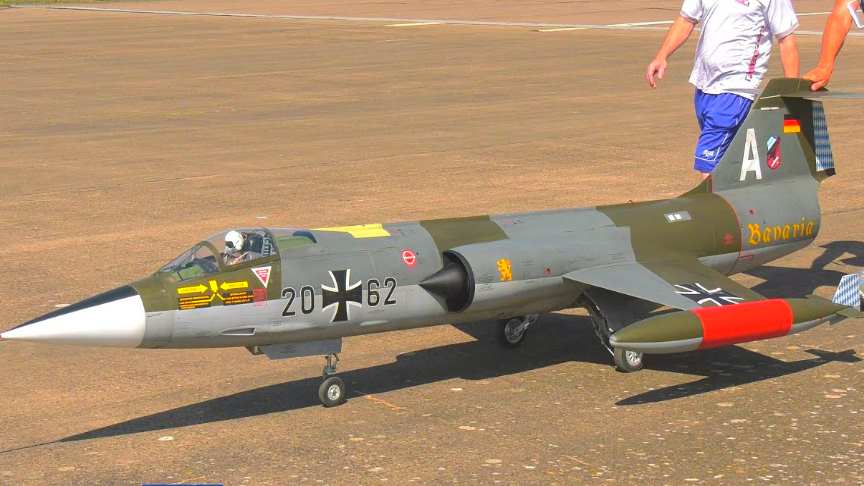 This rc model F-104 is powered by a JETCAT P-220 RXi turbine engine and controlled by a Spektrum DX18. The model’s finish is a base coat/clearcoat Omni paint system. The model airplane has a wingspan of 1.6m and a length of a 3.38m with a the take-off weight of this airplane is 21.5kg.

The Real F-104 set numerous world records, including both airspeed and altitude records.It was originally developed by Lockheed for the United States Air Force (USAF), but was later produced by several other nations, seeing widespread service outside the United States.via/read more: Essential RC