The Lockheed Constellation (“Connie”) is a propeller-driven, four-engine airliner built by Lockheed Corporation between 1943 and 1958 at Burbank, California. Lockheed built 856 in numerous models—all with the same triple-tail design and dolphin-shaped fuselage./wikipedia 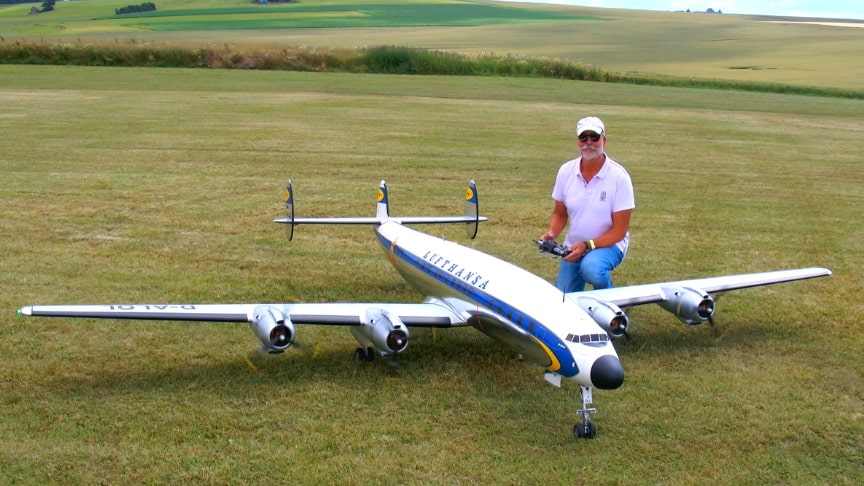 This is the perfect ready to fly RC plane and is built with a great attention to the detail of its appearance and performance.The pilot of this airplane in this video is Siegfried Knecht:

The airplanes wingspan is 3.85m, the length is 3.80m, the giant airplane is powered by four Electric equiped with four 28 x 10 Carbon propellers.

Many RC pilots build and fly these large scale RC airplanes just because it’s awesome to fly a huge airplane!The real Constellation was used as a civil airliner and as a military and civilian air transport.