The Lockheed L-1049 Super Constellation is an American aircraft, a member of the Lockheed Constellation aircraft line. The L-1049 was Lockheed’s response to the successful Douglas DC-6 airliner, first flying in 1950. 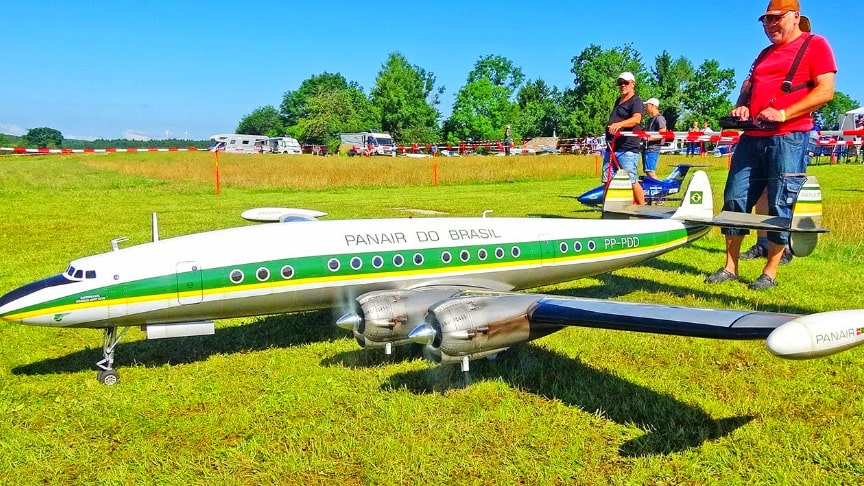 Here is an amazing Giant RC Lockheed Super Constellation it took to Ewald Ziss 2 Years to Build this giant airplane.The airplanes wingspan is 3.8m, the length is 3.6m, the giant airplane is powered by 4x Laser 16,5ccm petrol engines equiped with four 14×7 Biela Carbon propellers the weight of the airplane is 24,5 kg.

This is the perfect ready to fly RC plane and is built with a great attention to the detail of its appearance and performance..Many RC pilots build and fly these large scale RC airplanes just because it’s awesome to fly a huge airplane!

During this flight at Airlinermeeting 2021, Germany was battling strong gusty winds. The cross wind landing was extremely skilful and amazing to watch./DIGITAL RC