The UH-1Y is the most significant upgrade ever made to the venerable and battle-proven H-1 helicopter. The Bell UH-1Y is a twin-engine, medium-sized utility helicopter, built by Bell Helicopter under the H-1 upgrade program of the United States Marine Corps. 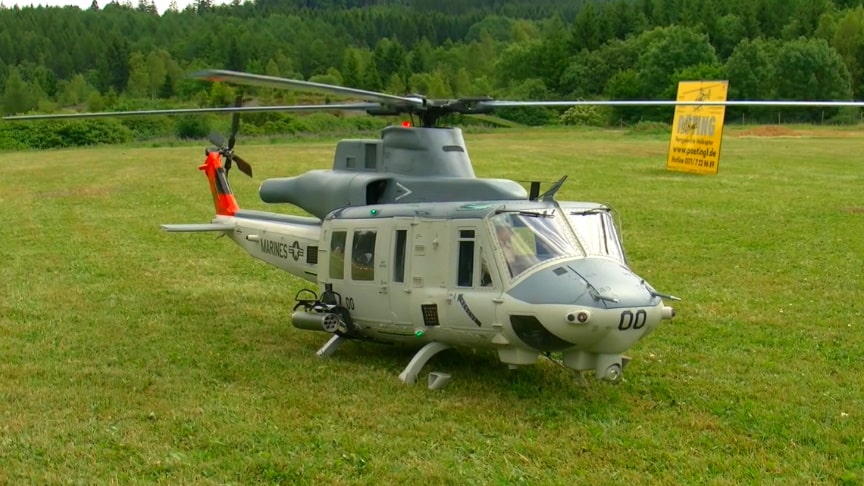 The rotor diameter of this rc helicopter is 2.30m with a take-off weight 24kg, the helicopter is powered by a Jakadofsky turbine engine.The power to weight ratio is not as good as the real one, but as yo use in this video, the helicopter performs well and does all of the things the pilot asks it to do.

The pilot of this helicopter in this video is Frank Bolte.The mechanical system is supported on a sub-structure consisting of aluminium plates with plastic connecting pieces, which in turn is screwed to the skid landing gear.

The 3-litre kerosene tank is located on the bottom of the fuselage below the entry step.This helicopter is noisy and if you are not a fan of this aspect, then you shouldn`t considering building one for yourself./RC MEDIA WORLD