In this video from The SEMA Show 2022 held in Las Vegas NV, I catch up with Mike Copeland of Arrington Performance as He was announcing a leap in Hydrogen power zero emissions Technology featured in this 1964 Ford Falcon Hot Rod. Usually I would start by telling you about the color and all the cool features of the car. 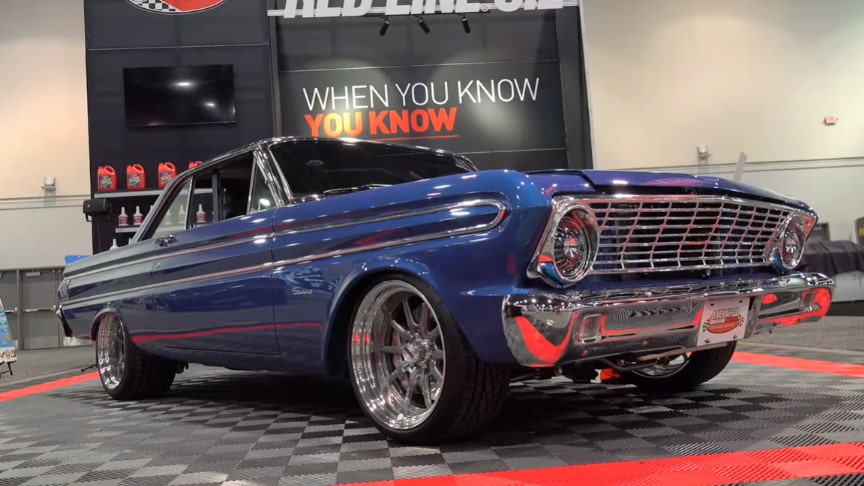 What’s new!?!? Check out the video to find out!.It is going to be a game changer!! Now! This 1964 Ford Falcon from The SEMA Show 2022 held in Las Vegas NV is covered in a water based light blue Ford GT color that really worked well on this 64 Falcon. The black TMI interior with custom dash fits the build well.

Nothing crazy..Comfortable with everything You need to enjoy the ride. The suspension and brakes have all been upgraded to handle the increase in horsepower, and if Mike Copeland is involved You can bet it was built to drive and drive hard!! A very cool 1964 Ford Falcon Zero Emissions Hydrogen Powered 5.0 Coyote Hot Rod from The SEMA Show 2022.