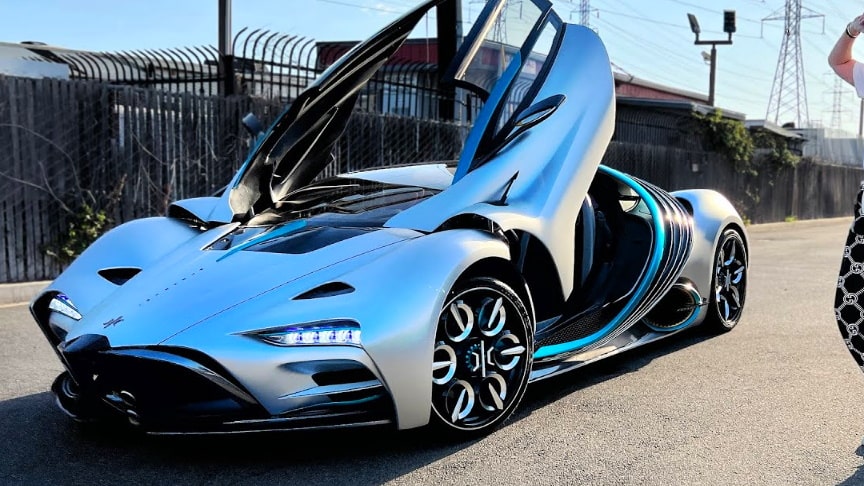 The XP-1 can also reach 0-100kh/m in just 2.2 seconds and has a top speed of over 350km/h. Alex gives us a closer look at what is sure to be the coolest and most advanced cars ever.

The XP-1 is touted by Hyperion to be the first hydrogen-powered “supercar” and has a top range of 1016 miles, assuming that 55% of the driving is city and 45% is on the highway. The XP-1’s curb weight comes out to 1248 kg, typical of many other petrol-powered supercars in that field, due to an ultra-light carbon-titanium monocoque chassis.

The body includes active aerodynamic elements that double as solar panels to get more energy. The double-barrel exhaust stacks allow deionized water vapor to come out as the only exhaust.The interior of the XP-1 features a 98-inch display that can be controlled by hand gestures, along with a 134-inch glass canopy.