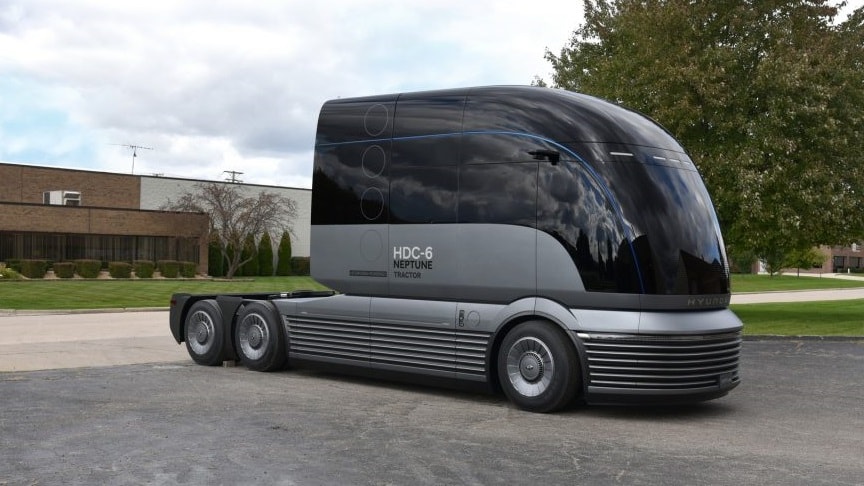 HMC introduced the HDC-6 NEPTUNE Concept Class 8 heavy duty truck, while Hyundai Translead (HT), a leading trailer manufacturer, announced the launch of its new, clean energy refrigerated concept trailer, the HT Nitro ThermoTech®.The tractor-trailer combination provides a window into the future of the transportation in the U.S. and around the world. 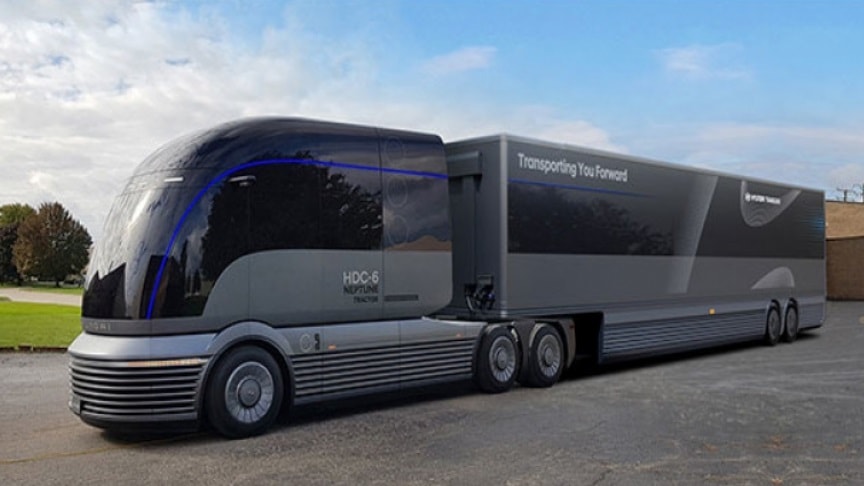 The HDC-6 NEPTUNE evolves the Class 8 truck, looking toward the future in design, in-cab technology and propulsion system. The concept continues Hyundai’s leadership in moving to a decarbonized society and the advancement of zero-emission vehicles. This future truck will add to the company’s success in commercial vehicles, which are already sold in 130 countries around the world.

The HDC-6 Neptune tractor is a Class 8 truck, meaning it’s the front end of a tractor-trailer combination weighing 80,000 pounds, including cargo. A fuel cell electric truck might have 2,000 to 4,000 pounds of added weight, mostly in the carbon fiber, bulletproof tanks. Enough hydrogen to go cross-country weighs less than 100 pounds.

The front of the semi is dominated by a large windscreen which appears to flow into the cab. The semi has also been equipped with digital side mirrors which show images on a unique frame inside the cabin.Besides showing off the HDC-6 Neptune, Hyundai also unveiled their Nitro ThermoTech trailer. Developed in collaboration with Air Liquide, the ThermoTech is a refrigerated trailer that uses a cryogenic nitrogen refrigeration system.