Ever wondered what would happen if the Moon was as close to Earth as the International Space Station (ISS)? Well wonder no more, thanks to this YouTube video.It was created by the channel yeti dynamics back in 2013, but has been doing the rounds again after being posted on Reddit. 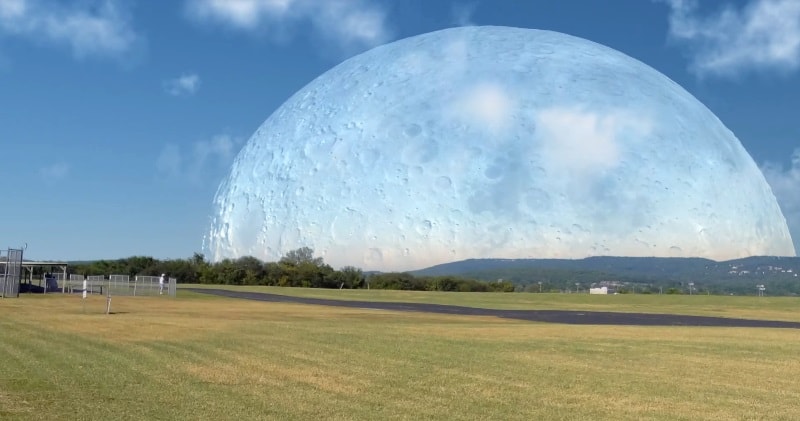 It shows what would happen if, rather than being at its current distance of 380,000 kilometers (238,000 miles) on average, it was actually just 420 kilometers (260 miles) away from us.At this distance, the Moon would rise in the west and set in the east,” the video description notes.

Normally the Moon orbits much slower than the earth rotates so it rises in the east and sets in the west, however at 420km it orbits much faster, faster than the earth rotates underneath, therefore it will rise in the west and set in the east.”The ISS is a paltry 109 meters (356 feet) across, so at its distance we see it as just a speck in the sky.

The Moon, on the other hand, is a rather more cumbersome 3,474 kilometers (2,159 miles) across. At its closer position, it would obviously completely dominate the sky.Of course, in reality, if the Moon was actually this close it would break apart due to gravitational forces, and it would probably have a pretty disastrous effect on Earth. Still, it’s fun to imagine what might happen.