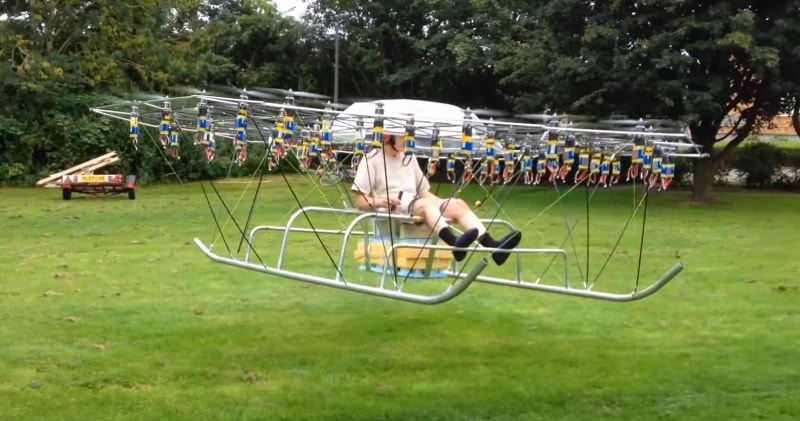 54 chosen as this fits the hexagonal close pack layout. 6 more could be added in the centre. 18 in props at 5000 rpm though hazardous, are still much less so than 6, 5 ft ones. Where could you get a low power 5ft prop from weighing less than 1Kg with opposite pitches? The 54 gives good redundancy as mechanical and power electronic systems are the main failure areas.

Props are standard RC aircraft types used at a relatively low fraction of their thrust/rpm capability. So should be reliable though needlessly heavy. Being inline with my head the polycarbonate dome is for protection. The polythene bubble balloons up catching some ground effect pressure rise contributing to lift. It also doubles as a rain shelter…

Batteries, ESC and motor are close together to minimise wiring weight which is significant because of the high current 30A. Also the battery damps vibration. Individual batteries does mean some may run down a little quicker than others. The front and rear groups are used for pitching, a more common manoeuvre so far than roll.