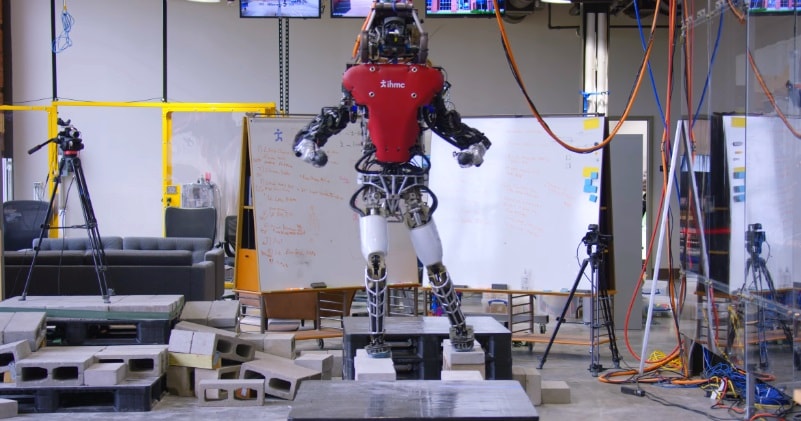 A path planning algorithm plans footsteps across the planar regions to a goal location, specified by an operator.

The robot is currently about 50% successful over this type of terrain. We plan to increase the rate of success by adding balance using angular momentum and by better considering joint ranges of motion.

Narrow terrain is difficult due to the need to do some “cross-over” steps, which are tricky due to limited range of motion in the hip joint, and also due to having a small polygon of support when one foot is directly in front of the other. Control, Perception, and Planning algorithms by IHMC Robotics.