During the Concorso d’Eleganza Villa d’Este 2019 held at Cernobbio, Italy, I have filmed this unique Gyro-X 2-wheeled car.The brainchild of Alex Tremulis, famous stylist and Automobile Hall of Fame inductee, and Thomas Summers, a gyroscope expert, the Gyro-X is a two-wheeled, gyroscopically-stabilized prototype vehicle constructed in 1967. 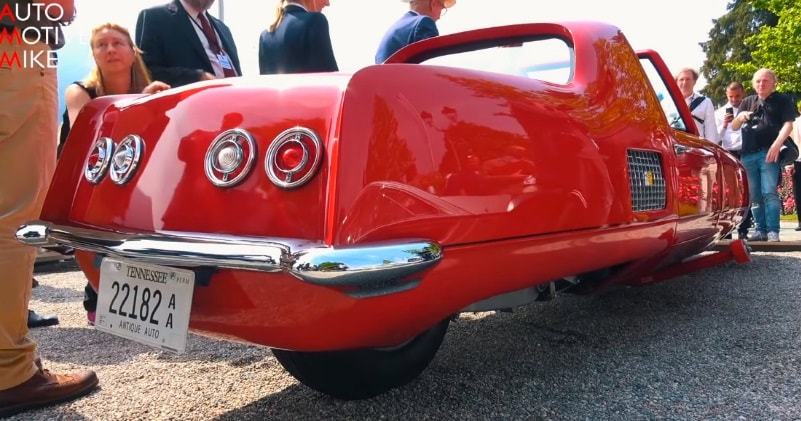 Proposed as a possible solution for future transportation, the two-wheeled vehicle provided many thought-provoking ideas for revolutionizing transportation.

Why only two wheels? Tremulis and Summers suggested that a two wheeled vehicle could be more efficient than its larger four-wheeled counterpart. Smaller and lighter weight means it can use a smaller engine.

The Gyro-X was reported to reach speeds of 125 mph using an 80 hp Mini Cooper S engine. Also, the gyroscope’s stored kinetic energy would be harnessed as an additional power source in future gyro vehicles! The Gyro-X made use of a single 22- inch hydraulically-driven gyroscope which stabilized the vehicle, allowing it to “swoop through 40 degree banked turns without tipping.”//Automotive Mike