The french manufacturer Darracq created in 1905 this “thing”, simply putting two 4 cylinder engines together on a chassis. With no front brakes. That’s it. 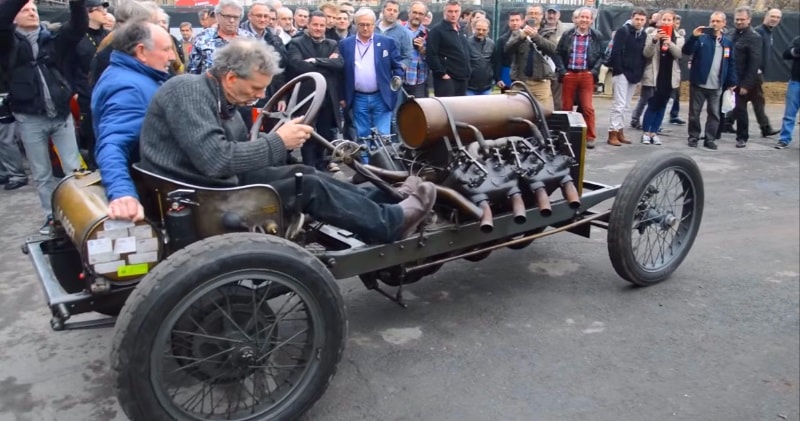 This 25 Liter V8 released 200hp and can bring the car to almost 200 km/h.This “beast”, coming from National Motor Museum of Beaulieu, was seen during Rétromobile 2016 in Paris, France./Mgrg

An advanced engine for its day, it was mounted a chassis of eight foot six-inch wheelbase with a two-speed gearbox.The car was built by Pierre-Alexandre Darracq as a follow-up to his first record breaking car, which had hit 104.52mph in 1904.