This twin turbine powered Airplane like a scale jet but flies like a sport model. It uses traditional balsa, plywood and lite-ply construction.Full-scale as the real shape, with “Phantom” temperament.Metal shock absorbers retractable landing gears with good Crash-Resistance. Also improved the simulation and flight performance. 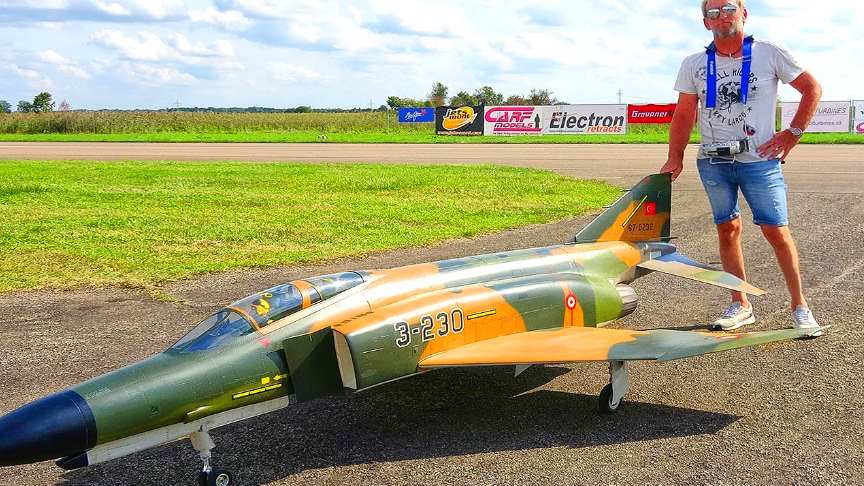 The turbine engine fascinates by the smell of kerosene accompanied by the unmistakable sound of a turbine.It also includes a gigh scale flap system, front flap and back flap, improving the safety when taking off and landing.

The F-4 is an iconic airplane with a colorful history that served for quite a long time with a number of different countries. It was produced for over 20 years and the last US F-4 drone was only just retired back in 2016.