In Febuary 2021, a new Rover by the name of Perseverance landed on Mars, but unlike rovers that have come before it, this one had a very special passenger attached to it, in the form of a helicopter drone, called Ingenuity. 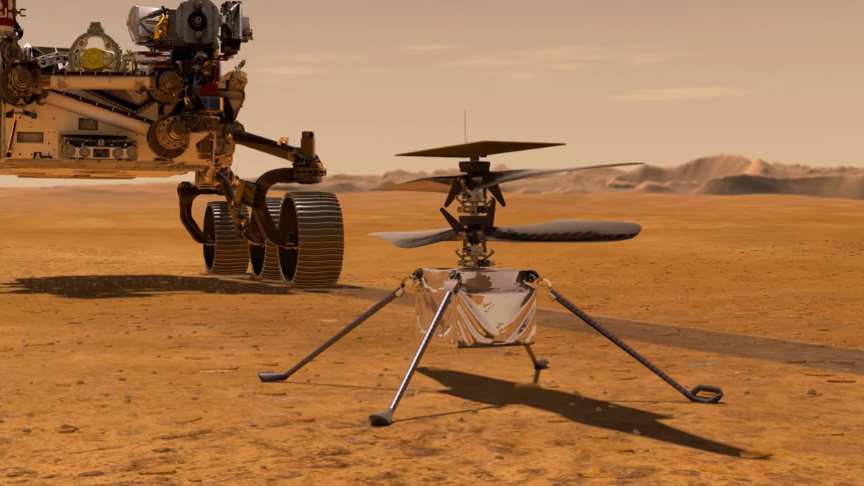 NASA’s Helicopter drone, is humanity’s first attempt at powered controlled flight of an aircraft, on another planet.The helicopter took flight on April 19th 2021, at 12:33 Mars Time, a time and day NASA determined would give optimal energy and flight conditions for the solar powered drone.

The first test flight involves lifting off, climbing to 10 feet, hovering for about 30 seconds, and then descending.

Since the time delay from Mission control back on earth to Mars would take too long to manually control the drone, it has to be able to perform each flight all on its own, No joystick, No live pilot, No real-time help, In alien conditions, with almost no atmosphere./Wonder World