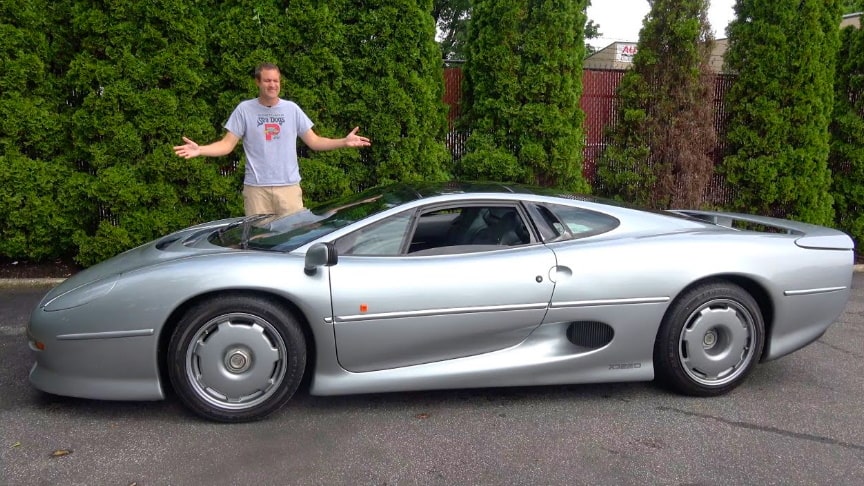 The Jaguar XJ220 is a two-seat sports car produced by British luxury car manufacturer Jaguar from 1992 until 1994, in collaboration with the specialist automotive and race engineering company Tom Walkinshaw Racing. Watch the video from Doug DeMuro for more info:

The design brief for the exterior restricted the use of aerodynamic aids and aimed for a simple yet clean and functional body similar to classic Jaguar sports cars, such as the D-Type and E-Type.The concept car had a Connolly Leather-trimmed interior trimmed by Callow & Maddox and was fitted with front and rear heated windscreens, electric windows, air conditioning, heated electrically adjustable seats and an Alpine CD player. The dashboard was supplied by Veglia./Doug DeMuro