The Volvo Amazon was a mid-size car manufactured and marketed by Volvo Cars from 1956 to 1970.he Amazon featured strong articulation front to rear, pronounced “shoulders”, and slight but visible tailfins. These features became inspiration for Peter Horbury when reconceiving Volvo’s design direction with the V70 after decades of rectilinear, slab-sided, boxy designs. 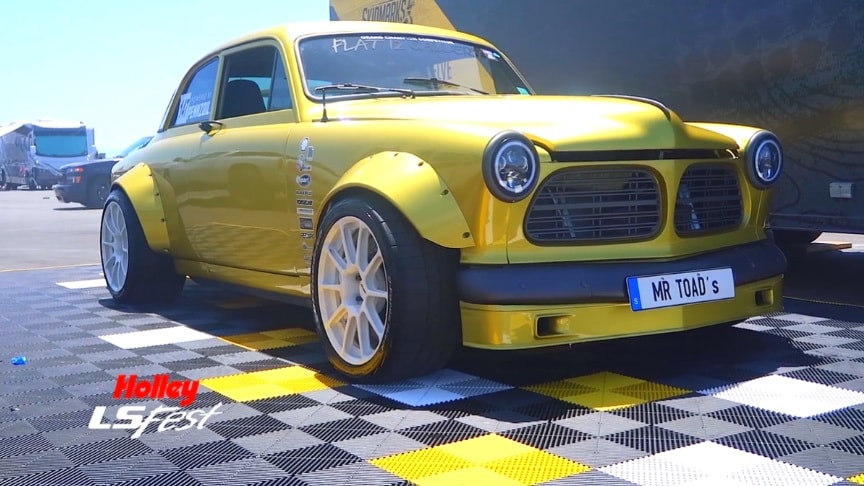 When someone begins to look at this Volvo Amazon, they probably realize that something isn’t quite right about it. It doesn’t look exactly like the Amazon that came out of the factory.Watch the video from HolleyPerformance for more info:

A Volvo Amazon 122s combined with a 2013 Grand Sport Corvette — What started life as a ’63 grocery getter is going to hurt some feelings. The body of the Volvo was dropped on top of the Corvette.

We ran into Jeff Allen at LS Fest West and took some time to talk to Jeff and share some of the highlights from his build. Tune in to learn more about his LS swapped Volvo Amazon and where it’s going!