Bob Maddox of Medford is the only maker and marketer of valved pulse-jet engines in the world. And strapped to one of his customer’s fat-tire bicycles, the ear-splitting, flame-spitting engines can propel the rider to 100 mph.Bob Maddox Jet engine motorcycle. Bob Maddox riding his one of a kind super twin engine 200 pound thrust jet bike Harley Dragon bike. 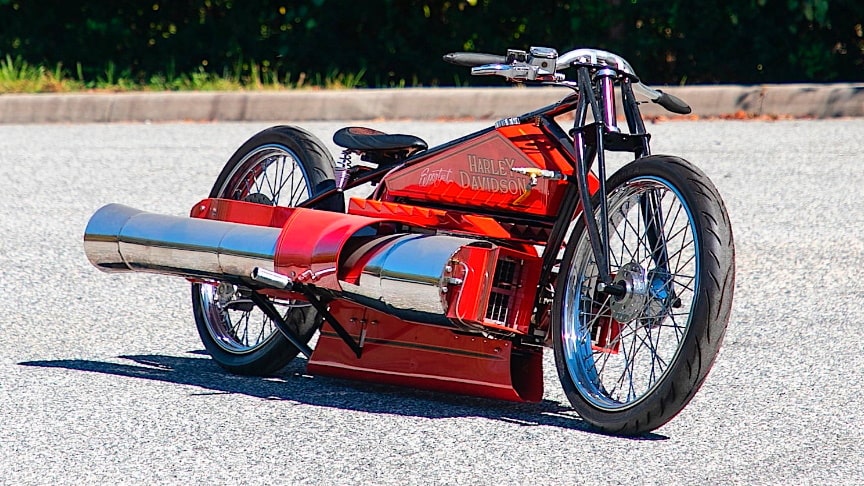 This was the first test run on the Harley Sport Jet, the guy talking to me is my nephew Tyler Maddox, Maddox visual.A pulsejet engine is a design where combustion happens in pulses that take place 70 times a second, and they can run statically. 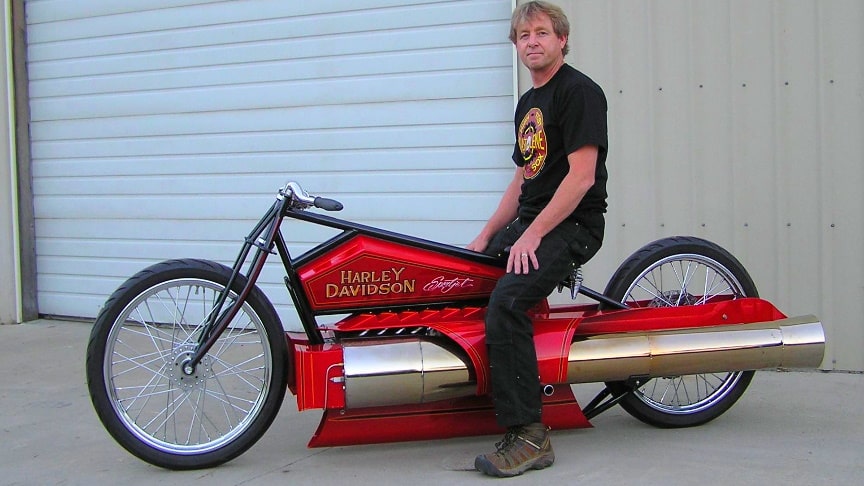 This 1929 Harley-Davidson Jet Engine Motorcycleis based on a 1929 Broad Track Racer, and is powered by twin pulse jet engines that hug either side.Aside from the tires, rims and brakes, Maddox fabricated the entire bike – including the jet engines – in his shop.

Building custom-made rocket-powered toys may have started as a hobby, but it’s become a supplemental business to his career as a cabinetmaker in Medford, Oregon.”My fab shop is in medford Oregon where I grew up. I was a cabinet builder and fine artist for most of my life. In 1990 I started skydiving and made around 3000 jumps over the next 20 years and began building pulsejet engine around 2000.”