I Mount 3 jet engines to my Tesla Model S to make the world’s first Tesla with Jet Thrusters, I call it the Jet-Powered Tesla as I do in fact drive it under only jet power. 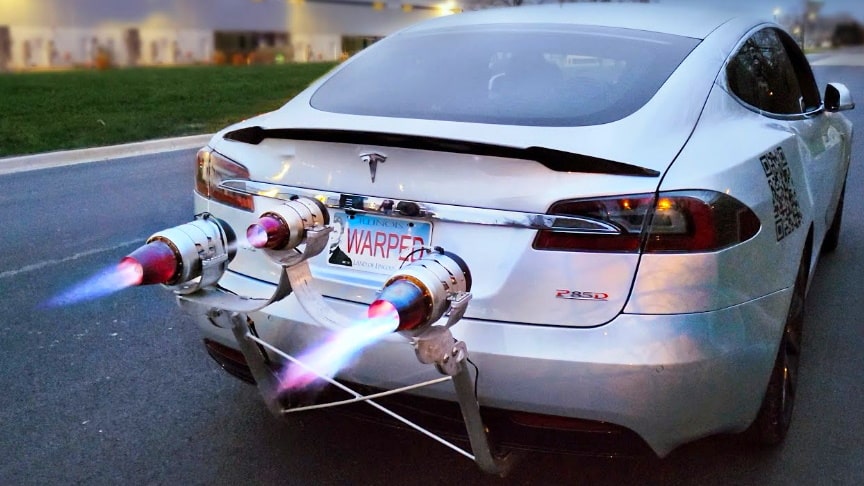 This build was extremely in-depth,I listened to what everyone was asking for in the past videos and I built almost every single part from the ground up, I counted over 200 parts in total.

Not only did I make over 200 parts but I also had 88 folders full of video footage because the build took about 42 days total and my schedule was heavily affected by raw material shortages./Warped Perception