Joby Aviation is a California-based venture-backed aerospace company, developing an eVTOL aircraft which it intends to operate as an air taxi service.At #JobyAviation​ we’ve spent the last 10 years developing a quiet, all-electric aircraft that can take off and land vertically. Today, with more than 1000 test flights behind us, we’re sharing footage of it for the first time. 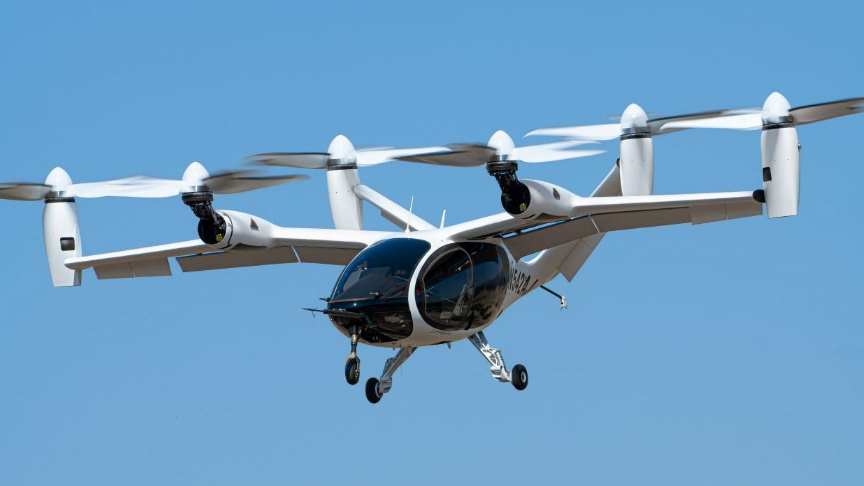 Designed to carry a pilot and four passengers up to 150 miles at speeds up to 200 miles per hour, we plan to deliver new ways of moving around congested cities and under-served rural communities, starting in 2024.

Near silent in flight,the aircraft is designed to be 100 times quieter during takeoff and landing than a helicopter.The aircraft is electrically-powered and operate with zero emissions.

It is designed for daily life, the aircraft lands vertically and provides flexibility and versatility to serve nearly any community.Flying with Joby aircraft might feel more like getting into an SUV than boarding a plane./Joby Aviation