Goggomobil was a series of microcars produced by Hans Glas GmbH in the Bavarian town Dingolfing between 1955 and 1969.A MODIFIED micro-car that weighs just 345kg has become one of Australia’s most loved cars. 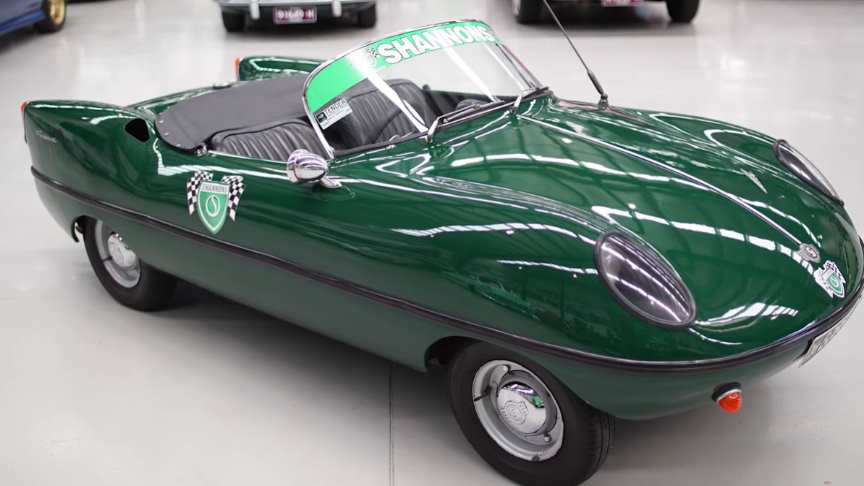 The Goggomobil Dart was developed in Sydney by the company Buckle Motors Pty Ltd and has since become a company mascot. Despite being just 4ft wide and having a top speed of 63mph, it is supposedly worth around $50,000 (USD).

The car features an Australian-designed fiberglass two-seater open sports car body without doors, the whole package weighing in at only 345 kg (761 lb).

The car is powered by a rear-mounted twin-cylinder two-stroke motor available in both 300 cc and 400 cc variants,[4] and had a small luggage compartment built into the nose.The Dart was designed in 1958 and went on sale the following year,[2] with around 700 examples produced up to the time that production ceased in September 1961./