The North American F-100 Super Sabre is an American supersonic jet fighter aircraft that served with the United States Air Force from 1954 to 1971 and with the Air National Guard until 1979. At £25,000 this is probably the most expensive single engine RC turbine jet I have ever filmed in 10 years of uploading to YouTube. So many things contribute to the cost of a large project such as this CARF Models F-100. 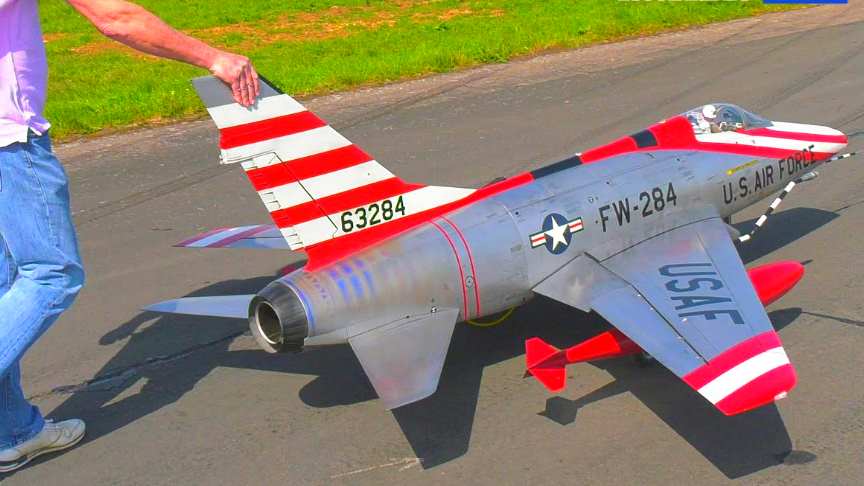 This RC F-100F has a sandwich-composite contruction and is reinforced by carbon-fibre in all important sections.The RC airplane has a length of 3.3, a wingspan of 2.55m and is powered by a Turbine JetCat P220 RXi engine. The take-off weight of the airplane is 19.2kg.

Light system and of course the immense time it takes to apply the scale detail and paint scheme (e.g. Tailormade decals).Owner and pilot Steve Johnson is very proud of this RC aircraft and flies it to perfection./Essential RC