The Junkers Ju 287 was an aerodynamic testbed built in Nazi Germany to develop the technology required for a multi-engine jet bomber. It was powered by four Junkers Jumo 004 engines, featured a novel forward-swept wing, and apart from the wing was assembled largely from components scavenged from other aircraft. 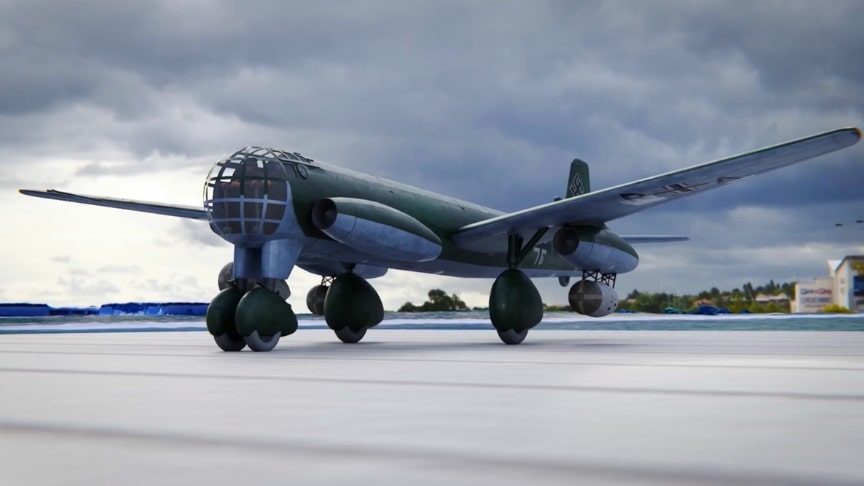 It was one of the very few jet propelled aircraft ever built with fixed landing gear.The swept-forward wing was suggested by the project’s head designer Dr. Hans Wocke as a way of providing extra lift at low airspeeds – necessary because of the poor responsiveness of early turbojets at the vulnerable times of takeoff and landing.

A further structural advantage of the forward-swept wing was that it would allow for a single massive weapons bay in the best location, the centre of gravity of the plane, with the main wing spar passing behind the bomb bay.

The same structural requirement meant the wing could then be located at the best aerodynamic location, the centre of the fuselage.Prior to the assembly of the first Ju 287, an He 177 A-5 was modified at the Letov plant in Prague to examine the technical characteristics of this single large bomb bay design.