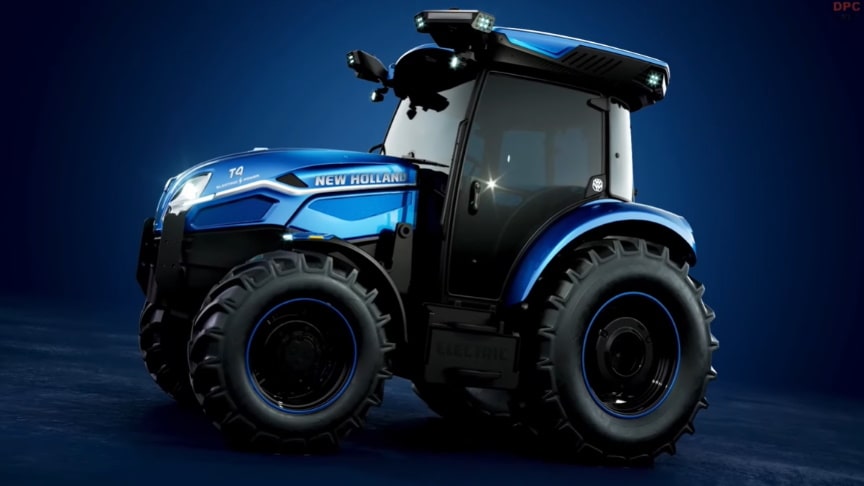 It is four-wheel drive and capable of speeds up to 25 mph. The battery supports up to 8 hours of runtime and can be recharged to 80% in less than an hour with a DC fast charging station.The T4 Electric Power’s roof houses sensors, cameras and control units which enable its advanced autonomous and automated features.

Depending on the mission profile, the tractor’s battery pack delivers up to a full day of operation. It takes just one hour to reach 100% power when using commercially available fast charging systems. The tractor’s electrical outlets support daily farm tasks such as welding and drilling. It doubles as a backup power generator for daily or emergency needs.

And it provides energy for electric implements. Traditional mechanical, hydraulic and Power Take Off implements can also be used.The tractor will go into commercial production at the end of 2023.It is expected that the T4 will reduce operating costs by up to 90% by eliminating diesel fuel costs and associated maintenance.