The Kawanishi H6K “Mavis” was a very large, four-engine flying boat that saw action throughout the Second World War. It gave invaluable service to the Imperial Japanese Navy thanks to its exceptional performance, becoming one of the most relevant aircraft of the early Pacific War. 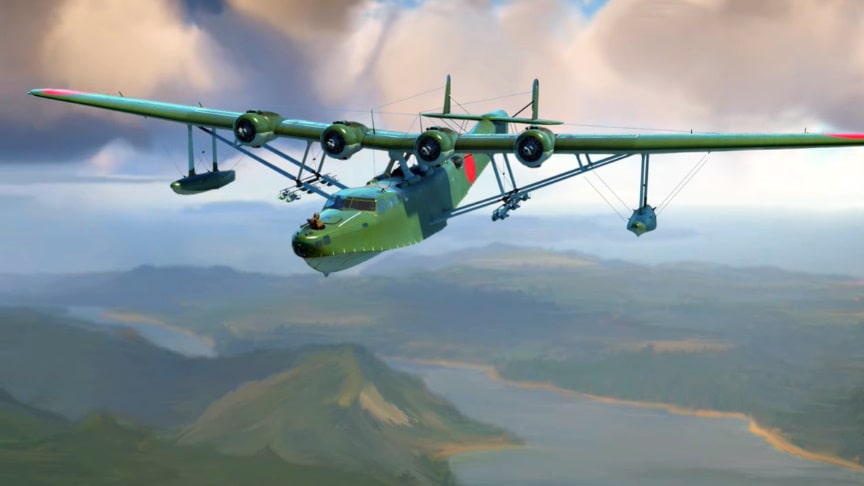 The aircraft was designed in response to a Navy requirement of 1934 for a long-range flying boat and incorporated knowledge gleaned by a Kawanishi team that visited the Short Brothers factory in the UK, at that time one of the world’s leading producers of flying boats, and from building the Kawanishi H3K, a license-built, enlarged version of the Short Rangoon.

The “Type S”, as Kawanishi called it, was a large, four-engined monoplane with twin tails, and a hull suspended beneath the parasol wing by a network of struts.

Three prototypes were constructed, each one making gradual refinements to the machine’s handling both in the water and in the air, and finally fitting more powerful engines. The first of these flew on 14 July 1936 and was originally designated “Navy Type 97 Flying Boat”, later H6K. Eventually, 217 were built.