An early design concept sometimes referred to as the Bedpost Rocket the Kistler K-1 was a two-stage, fully reusable launch vehicle design created by Kistler Aerospace. It was to accommodate a wide range of missions, including payload delivery to low Earth orbit (LEO), payload delivery to high-energy orbits with a K-1 Active Dispenser, technology demonstration flights, microgravity missions, and commercial cargo resupply, recovery, and reboost services for the International Space Station (ISS). 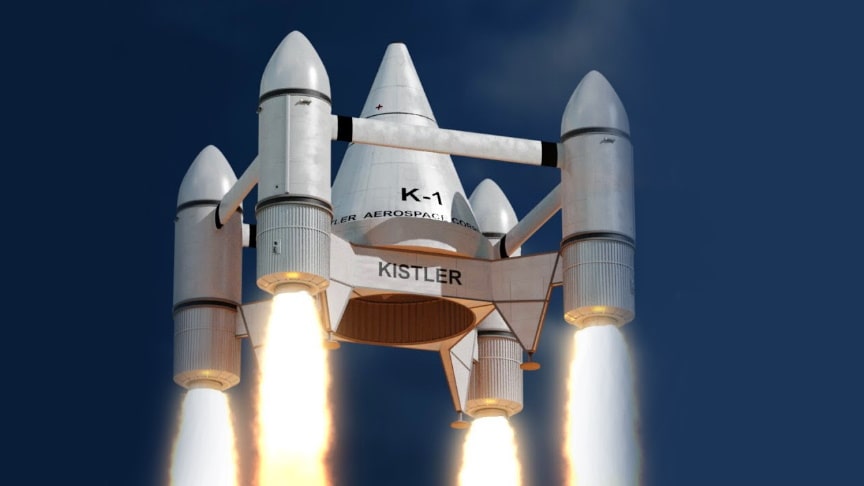 In 2004, the company won a NASA contract to fly supply missions to ISS. At the time, Kistler claimed that the design of the K-1 was 75% complete, and the $227 million NASA contract would be used to complete development and the first flights. SpaceX protested, suggesting that the presence of well-known former NASA engineers biased the decision in favor of Kistler.

The Government Accountability Office (GAO) sided with SpaceX and NASA suspended the contract in favor of a new process, the Commercial Orbital Transportation Services (COTS) program.

Lacking funding to complete development, in 2006 Kistler was purchased by Rocketplane Limited, Inc, who had previously been developing a competing concept. Both SpaceX and the new Rocketplane Kistler won COTS contracts in August 2006, but after failing to meet several financial milestones, NASA announced in October 2007 that it was terminating funding for the project. The company declared bankruptcy in 2010.