The Koenigsegg Gemera is an incredibly complex vehicle. At the rear wheels are two electric motors, each rated for 500 horsepower and 1000 newton meters of torque, and they each have a single-speed gearbox before sending power to the rear wheels independently. 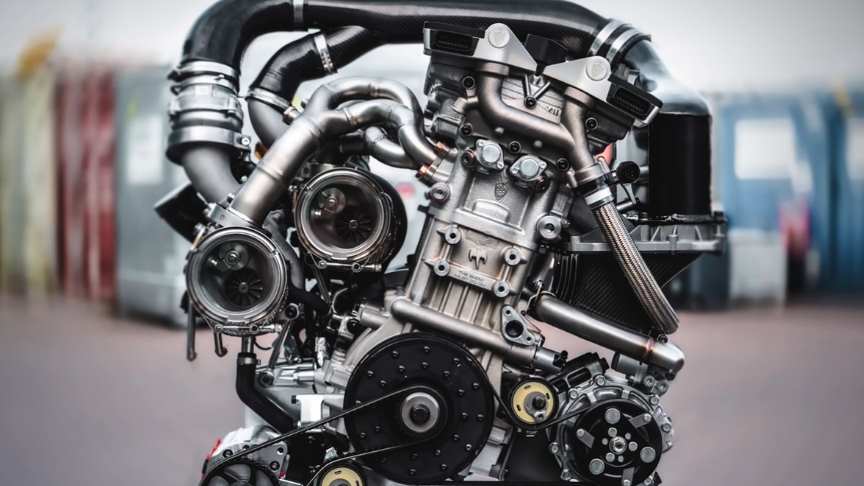 Sandwiched between the motors is the Tiny Friendly Giant or TFG, a 3-cylinder longitudinally placed engine. It’s good for 600 horsepower and 600 newton meters of torque, and mounted to the end of its crankshaft is another electric motor, good for an additional 400 horsepower and 500 Nm of torque.

Total system output is about 1700 horsepower, as the battery has limits to how much power it can supply, and motors and engines make peak power at different times. The engine and third motor actually send power to the front wheels exclusively, so this is Koenigsegg’s first AWD model.

Power is sent through a carbon fiber torque tube, then passes through a torque converter, then through a simple ring and pinion to split power between the front wheels. On each side of the ring and pinion are wet multi-plate clutches, so either front axle can be completely locked up or detached, allowing for torque vectoring.via/read more: Engineering Explained