Paul and Yuki Gasiorkiewicz bought a nondescript 1930s bungalow in LA’s Echo Park and rather than trying to convert it into something better suited to their tastes, they tore down the garage in the backyard and built their dream home in its place. 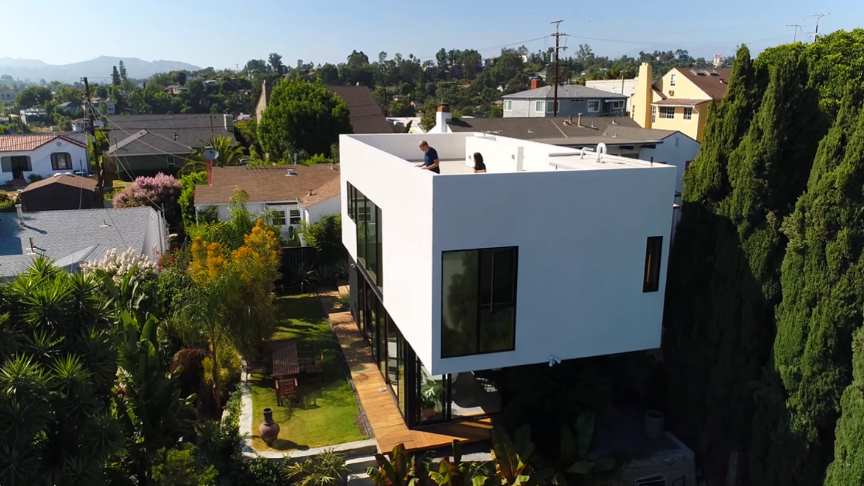 Wanting to preserve some backyard, they limited the home to a similar footprint as the garage, but built up. They also added substantial overhangs to the home so give added space to the upper floor.

Influenced by Japanese tradition, the couple built a wooden veranda, or “engawa”, around the home that they use for outdoor seating and “moon watching”.//Kirsten Dirksen