This is the $1 million Lagonda Taraf. When it first came to market, it was more expensive than two brand new Rolls Royce Phantoms! Today, it’s lost some of that value, with this particular one being listed at around $600,000. 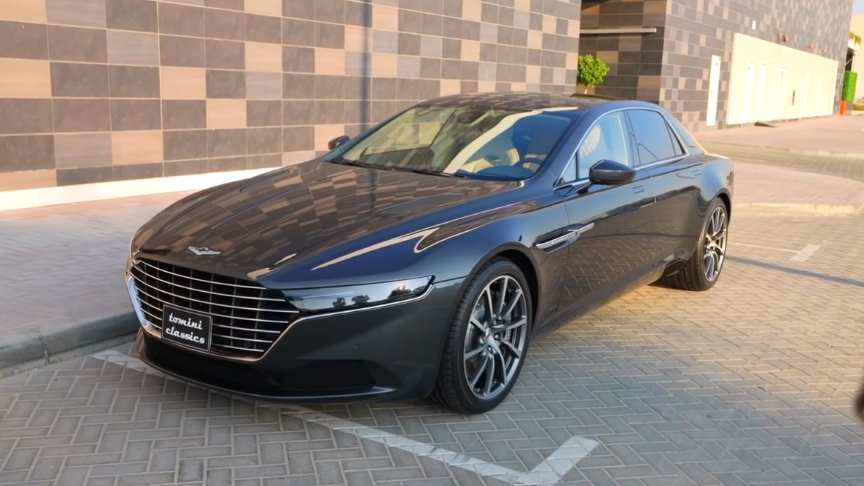 There were only 120 of them made to celebrate 100 years of Aston Martin. Lagonda is Aston Martin’s premium luxury brand. Thoughts guys?The Taraf is powered by the 5.9-litre AM11 V12 engine, generating a maximum power output of 547 PS (402 kW; 540 hp) at 6,650 rpm and 630 N⋅m (465 lb⋅ft) of torque at 5,500 rpm. The engine was assembled at Ford’s bespoke Niehl engine facility in Cologne, Germany. Power is transferred to the rear wheels via an 8-speed ZF automatic transmission.

The chassis utilises the Aston Martin VH platform (VH410), shared with the Rapide. The body panels are made of carbon fibre-reinforced plastic (CFRP) and receive a seven-layer paint finish prior to final polishing. The goal of using this material was for weight reduction.