Andrew Romanowski of the Lamborghini Club America stops by the garage with Rob Cleary to show Jay the smallest and the largest Lamborghini V12’s – the 3.5 liter version used in the 350GT, and the 8.0 liter marine version used in offshore racing.Jay Leno’s Garage 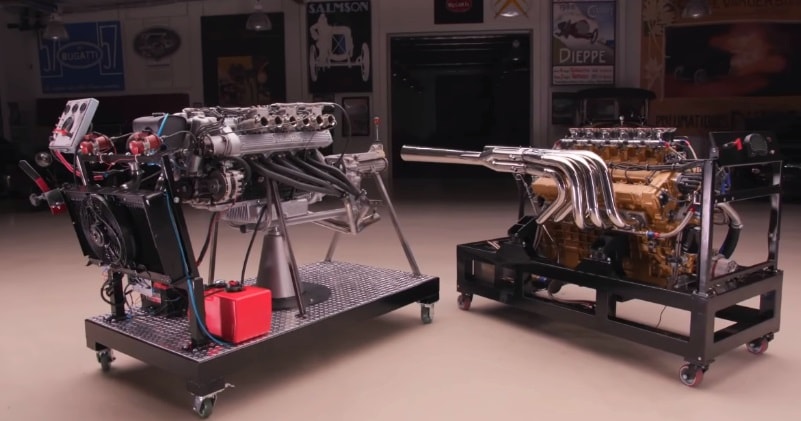 The second engine is a fascinating 8.0-liter marine engine Lamborghini built. The engine has a displacement of 8.2 liters and the output is approximately 800 bhp.

This was to be offered in the Lamborghini LM002 SUV at one point, but engineers soon found that it was too big and heavy for a car.The marine engine is essentially a bigger version of the 3.5-liter V-12.Needless to say that the sound of this V12 engine is absolutely incredible.