Known as Wallace’s giant bee is a very large Indonesian resin bee. It is the largest known living bee species. Lost to science since 1981 and thought by some to be extinct, Wallace’s giant bee (Megachile pluto) has been rediscovered in Indonesia by an international team of scientists and conservationists. 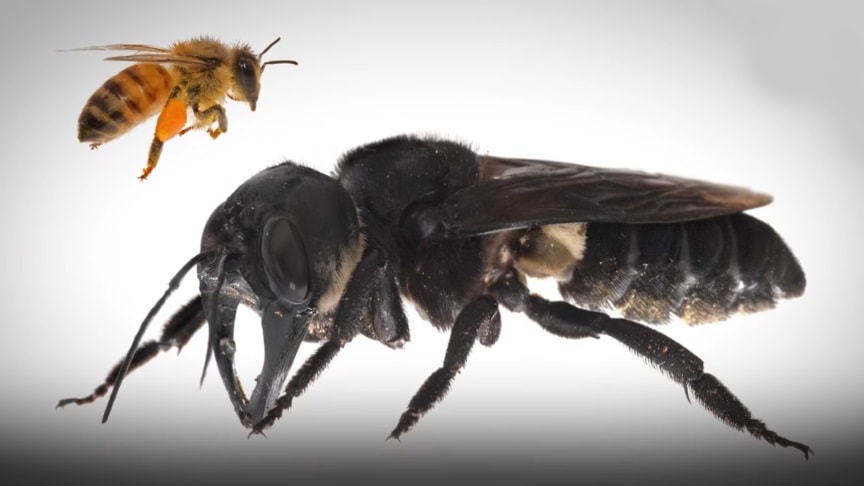 It was believed to be extinct until several specimens were discovered in 1981. There were no further confirmed sightings until two were collected and sold on eBay in 2018.

A live female was found and filmed for the first time in 2019.A team of scientists on an expedition to the North Moluccas islands has found this bee.

They had now revealed that this giant bee is still very much alive and well, in fact, it’s thriving on the islands.Wallace’s giant bee has a wingspan of up to 6cm. These rare & beautiful insects tend to build their nests inside termite mounds.