How do laptops stay cool? we look inside a laptop to learn how a laptop heat pipe works to control the thermal management of a laptop and remove the heat from the processor.A heat pipe is a heat-transfer device that employs phase transition to transfer heat between two solid interfaces. 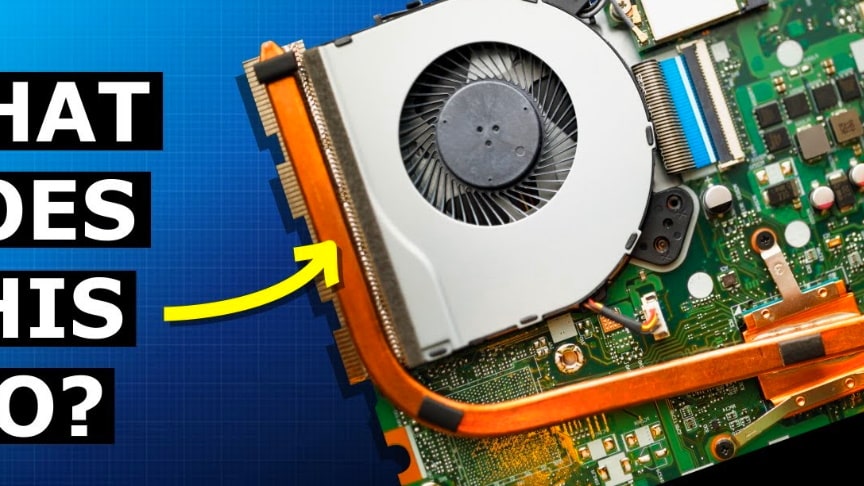 At the hot interface of a heat pipe, a volatile liquid in contact with a thermally conductive solid surface turns into a vapor by absorbing heat from that surface. The vapor then travels along the heat pipe to the cold interface and condenses back into a liquid, releasing the latent heat. Watch the video from The Engineering Mindset for more info:

The liquid then returns to the hot interface through either capillary action, centrifugal force, or gravity and the cycle repeats. Due to the very high heat transfer coefficients for boiling and condensation, heat pipes are highly effective thermal conductors.The effective thermal conductivity varies with heat pipe length, and can approach 100 kW/(m⋅K) for long heat pipes, in comparison with approximately 0.4 kW/(m⋅K) for copper.

Heat pipes began to be used in computer systems in the late 1990s,[39] when increased power requirements and subsequent increases in heat emission resulted in greater demands on cooling systems. They are now extensively used in many modern computer systems, typically to move heat away from components such as CPUs and GPUs to heat sinks where thermal energy may be dissipated into the environment.//wikipedia