The Niki Kallithea is an autogyro aircraft that is designed and produced by Bulgarian Niki Rotor Aviation. Gyroplanes are sort of a reborn phenomena in general aviation but they are here to stay. The Kallithea offers a much more spacious closed cabin and modern amenities for the new age pilot. 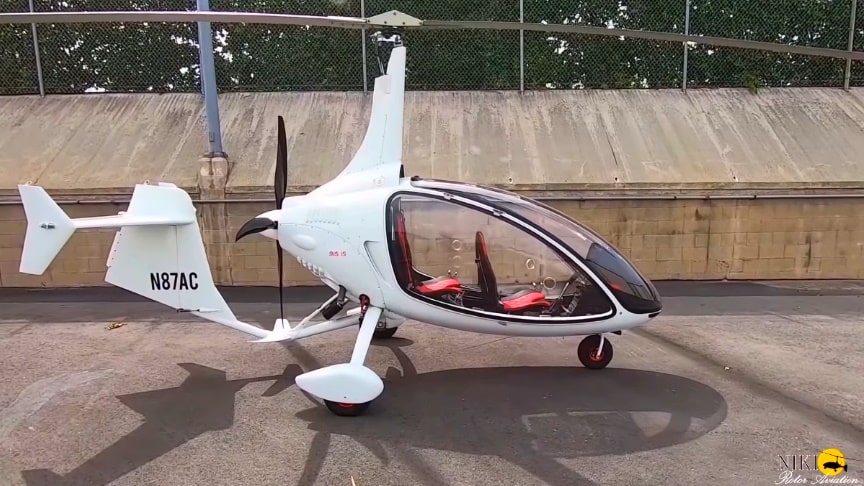 The Kallithea is a development of the 2009 Niki Lightning, differing mainly in its use of a conventional two-tube tail boom that passes under the pusher propeller instead of mounting the tail boom through the propeller hub.

The aircraft fuselage is a monocoque structure made from composites and fibreglass. Its two-bladed Vortech or Sport Copter rotor has a diameter of 8.5 m and a chord of 21 cm. The aircraft has a typical empty weight of 250 kg (551 lb) and a gross weight of 450 kg, giving a useful load of 200 kg . With full fuel of 80 litres the payload for the pilot, passenger and baggage is 143 kg.

Here are the performance stats for the Niki Kallithea