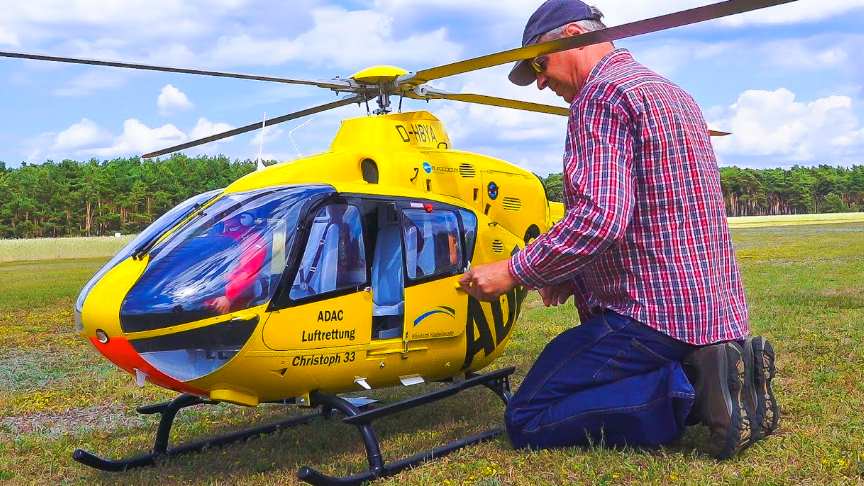 This scale type of an EC-135 helicopter is indeed so exceptionally massive that it might as well be the actual thing. It weighs in at around 49 kg, features an 3,20m rotor diameter, and gets its boost from a turbine engine.

This is an ultimate big boy’s toy. The pilot of this helicopter is Michael Franke.From tip-to-tail this RC EC-135 displays an accuracy of detail to the real aircraft not normally seen in the RC helicopter hobby.

The turbine engine fascinates by the smell of kerosene, a gently starting rotor, accompanied by the unmistakable sound of a turbine.