Bob Mighell, founder of Tilting Motor Works, stopped by the Motorcycle USA offices to demonstrate his bolt-on conversion for Harley-Davidson Tourers, Softails, Dynas and Gold Wings that places two leaning wheels on the front of the motorcycle.//Motorcycle USA 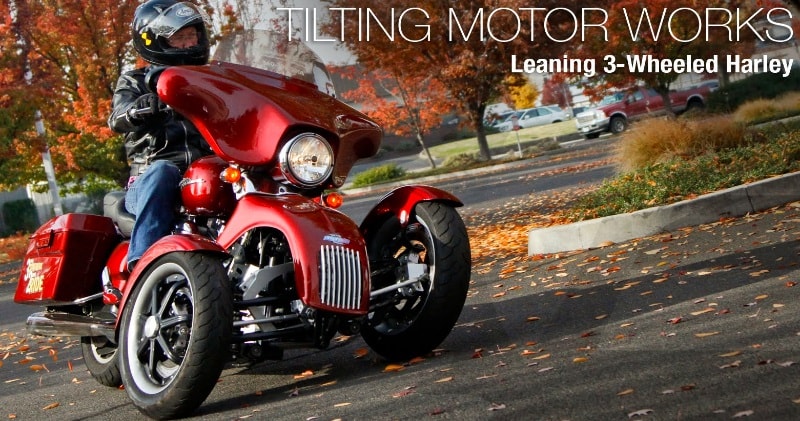 Unlike conversions with the third wheel in the rear, the front wheels in this case tilt so riders can lean into curves as they would on conventional two-wheelers.

As long as you don’t cut or drill into the frame, the tilting front end is really no different for registration purposes than adding a sidecar. It’s still a motorcycle so all of the front end tilting conversions they offer are bolt on replacements.

They turn and counter steer just like a regular two wheel motorcycle and the build quality looks to be first rate.Looking cool and handling is a match made in heaven. Tilting Motor Works Harley Trike kit looks perfect on a Harley. It moves its two wheels up front, first so the system can lean, second to give you more control.