This is built using a structural principal called tensional integrity (tensegrity for short), where all the chains are under tension due to the distribution of mass in the system. 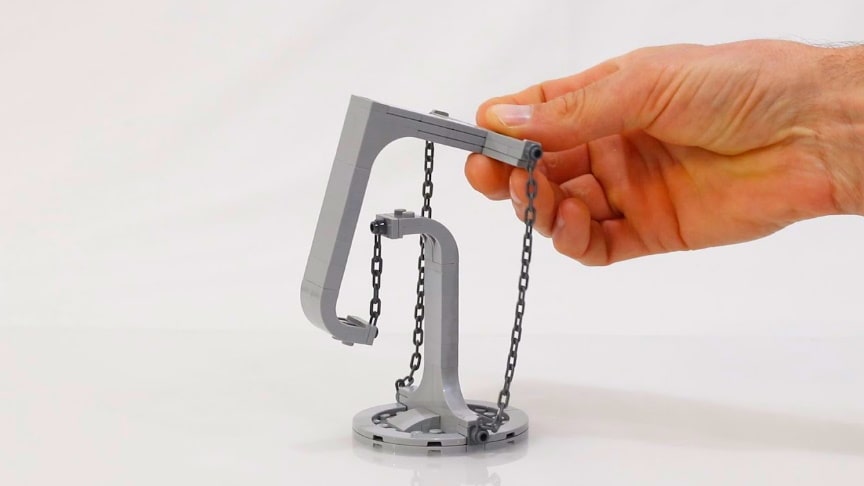 There are many ways one of these can be built. With a three chain setup like this one, the key is that for the upper part there must be more mass on the side facing away from the two long chains.

In this model, that is just barely the case, so it will collapse pretty easily if it is disturbed. It can be made more stable by adding more bricks to the ‘long’ side. For example, in the video it becomes more stable once Emmet is seated on top.

Tensegrity, tensional integrity or floating compression is a structural principle based on a system of isolated components under compression inside a network of continuous tension, and arranged in such a way that the compressed members usually bars or struts do not touch each other while the prestressed tensioned members (usually cables or tendons) delineate the system spatially./wikipedia