The Lenticular Reentry Vehicle (LRV), according to a November 2000 Popular Mechanics cover story, was an experimental nuclear warhead delivery system under development during the Cold War by defense contractor North American Aviation, managed out of Wright-Patterson Air Force Base in Dayton, Ohio. 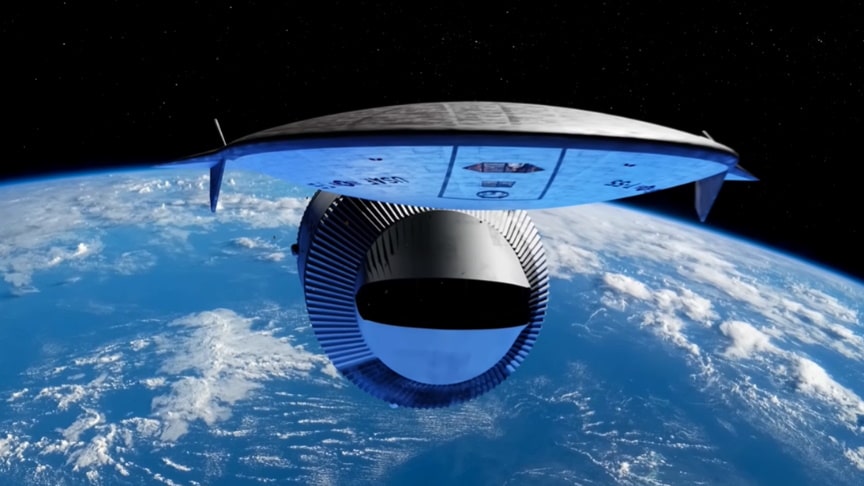 The project was classified as secret in 1962 and cleared for public release December 28, 1999. Its declassified technical report had been compiled by R. J. Oberto, Los Angeles Division of North American Aviation. His report described the LRV as an offensive weapons system. Popular Mechanics obtained information on the LRV from a Freedom of Information Act request after documents describing the project were declassified in 1999.

Related research commenced during the late 1950s. The Convair/Pomona division of General Dynamics initiated a project entitled Pye Wacket. Its purpose was to determine the feasibility of developing a missile-defense system based on flying discs (lenticular vehicles). Although Pye Wacket was terminated by 1961, research had shown lenticular-shaped vehicles possessed sound re-entry characteristics. Subsequently, research proceeded towards developing manned lenticular re-entry vehicles during the 1960s and ’70s.

According to Oberto’s report, the LRV was a 40-foot (12 m) half-saucer with a flat rear edge. The design-study documents indicated it could support a crew of four men for six-week orbital missions. Propulsion was from a rocket engine (either chemical or nuclear) and the craft would also have contained an onboard nuclear reactor for electrical power generation.