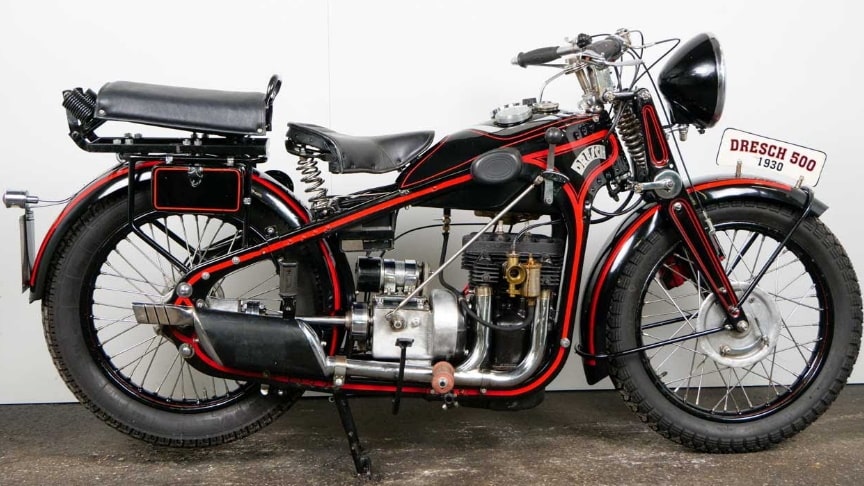 Dresch produced motorcycles from 175cc to 500cc. The monobloc was the top model of Dresch. The motor has 14hp and a stroke / bore diameter of 64 x 77mm and reached with the 4-speed transmission, a top speed of 105km / h.

With the outbreak of war the production was stopped. The monobloc is a gorgeous eye-catching with its striking-looking bi-cylinder engine and the pressed-steel frame.

The “Dresch” monobloc was produced by 1930 until 1938.The engine has a good compression. The gearbox and shaft drive work. The bike is complete and is in untouched/original condition.