This train doesn’t need tracks. With 56 wheels, this 570 feet long beast would be the longest land vehicle ever built. And it might even have been nuclear-powered.In the 1950s the US military needed a series of early warning radar systems north of the article circle. 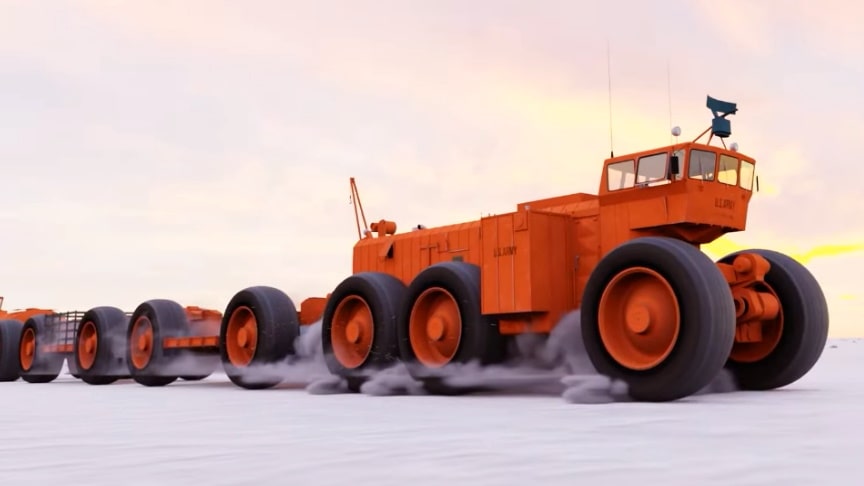 Vast equipment and men would need to be transported through unknown hostile terrain – something that even the hardiest trucks would struggle with.But one brilliant engineer had a solution, a train that could travel overland built from a space-age material – aluminum.

It was called, the LeTourneau TC-497 Overland Train Mark II. It would be able to transport around 150 tons to some of the remote landlocked places in the world.

It would have a cabin on board for a six-man crew, with kitchen facilities, and be able to carry an unlimited amount of cars. And it would be made of the material of the future – aluminum./Found And Explained