WHEN Nick, his dad Mark and uncle Bill decided to embark on a new project with the most unlikely of vehicles, they had no idea how big the project would become. 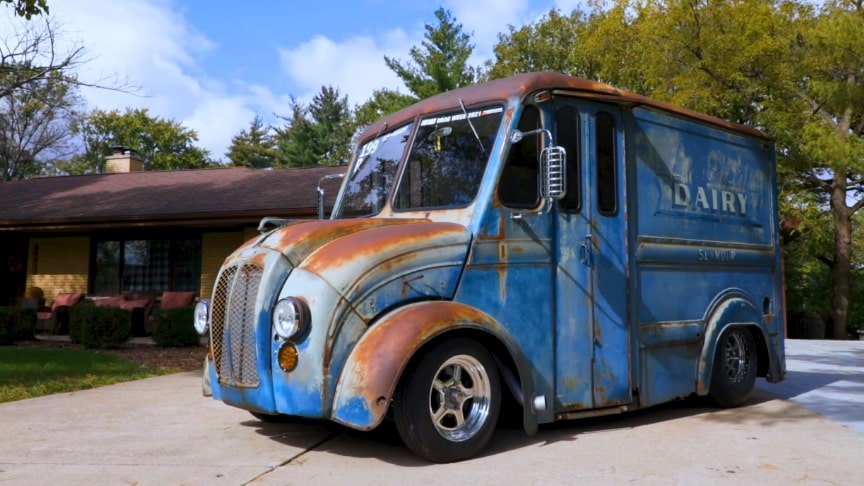 Together they turned an old milk truck into a daily dairy driver that can top 114mph. The family act had previous experience with customising rides and had a vision of speed for this old delivery truck.

Although built for speed, this truck is still tasteful and although the outside looks original, the engine is anything but standard.

Nick told Ridiculous Rides: “Everybody loves it. The older generation loves it cos they’ve seen the milk truck driving around and delivering milk. To see it in hot rod form, it makes a lot of people happy.”//Barcroft Cars