A vision of the spiritual successor to the iconic LFA supercar, the Lexus Electrified Sport symbolizes the future of Lexus. Unleashing the full potential of electrification to push all of the limits on both the road and the track. 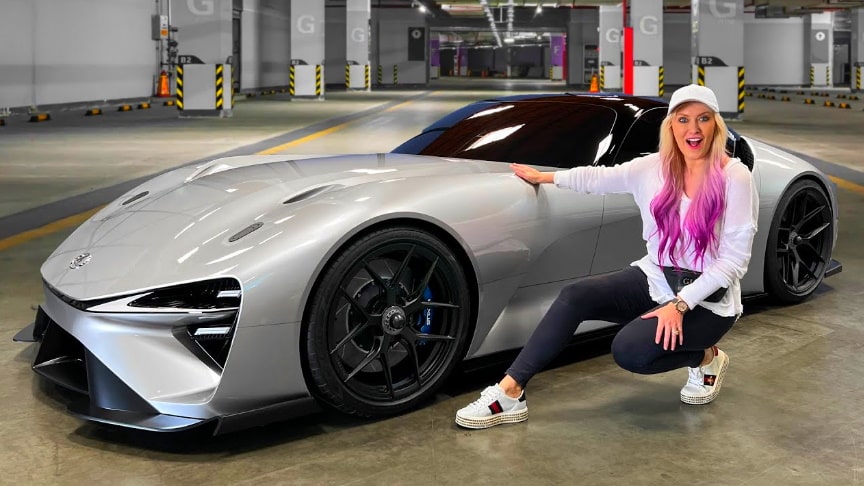 We get a world-exclusive first look at Lexus’ brand new concept car which is dubbed to be the successor of one of the best-sounding supercars ever… The Lexus LFA! The concept car currently doesn’t have a name, but it is due to be fully electric, which has been rumored to reach 0-100km/h in just over two seconds! This is a car we’re super excited about and glad we could bring this exclusive to the Supercar Blondie family!

The swoopy coupe features some design cues of the LFA that was motivated by a naturally aspirated 4.8-litre V10 engine making 553hp. Lexus ended production of the LFA in 2012.

The yet unnamed successor is expected to offer up to 800hp with a 0-100kph sprint in just over 2s.Lexus is claiming acceleration to 62mph in the low two-second range and a driving range of 430 miles (700km) thanks to solid-state batteries./Supercar Blondie