This is one of my solar heaters. We can see that it looks like this my solar station which turns solar energy into heat for space heating this house in the winter and for heating the water of this pool in the summer. In addition, we might think that it is similar to this type of solar power plants. I remind you that these mirrors focus solar radiation into this receiver, where the radiation is converted into thermal energy at nearly 400 ºC, which produces steam to generate electricity. 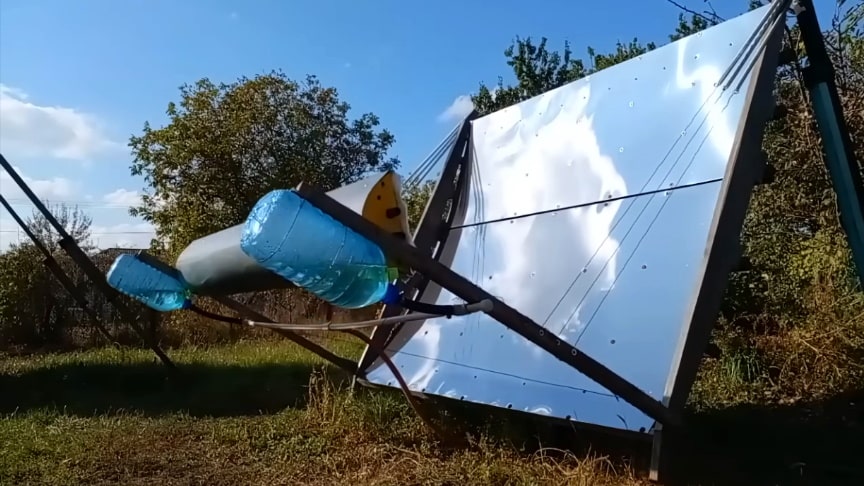 My mirror also focuses the solar radiation that forms this spot, and now I temporarily set a white screen here so that the spot can be seen better.More than a hundred of these solar power plants have already been built, and for example, this power plant cost about $ 2,000,000,000. But these power plants use very expensive solar heaters with a total construction cost of several hundred dollars per square meter.

This cheap heat can be used to generate electricity at this cost, 5 cent / kWh, and this formula was explained in this my recent video. The conversion of our cheap heat into electricity is done by steam turbines and heat storages which provide the production of solar electricity not only when the sun is shining, but also at night and on non-solar days./Sergiy Yurko