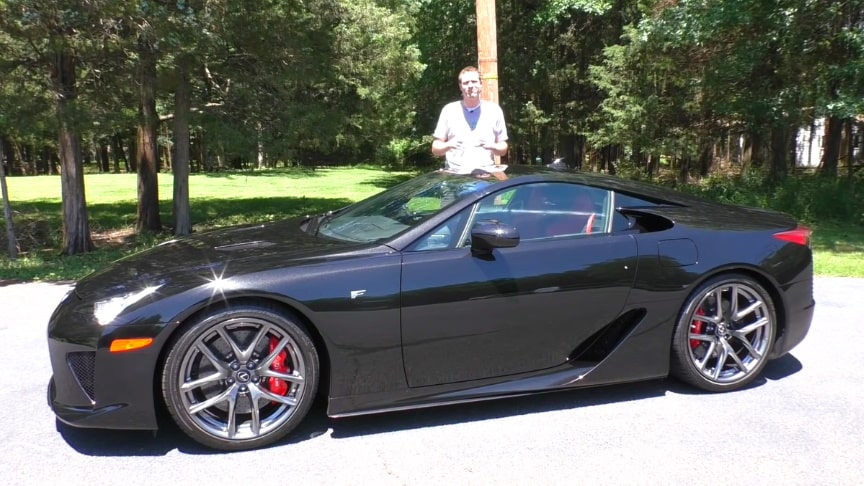 The Lexus LFA is a two-seat sports car manufactured by Lexus, the luxury car division of Toyota. It is the second model in the F marque line of performance vehicles from Lexus, following the IS F.

The gearbox built by Aisin is a six-speed single-clutch automated manual transmission actuated with paddle-shifters.The Lexus LFA’s frame is made from an in-house designed and manufactured carbon fibre-reinforced polymer (CFRP) centre monocoque with aluminium front and rear subframes. The subframes, which can be removed and replaced minimising potential repair costs, are joined to the monocoque using a newly developed aluminum flanged collar designed to create a stronger joint./wikipedia