Puch was a manufacturing company located in Graz, Austria. It was founded in 1889 by the Johann Puch.The company produced automobiles, bicycles, mopeds, and motorcycles. In 1928 the company merged with Austro-Daimler and became a part of the new Austro-Daimler-Puchwerke. 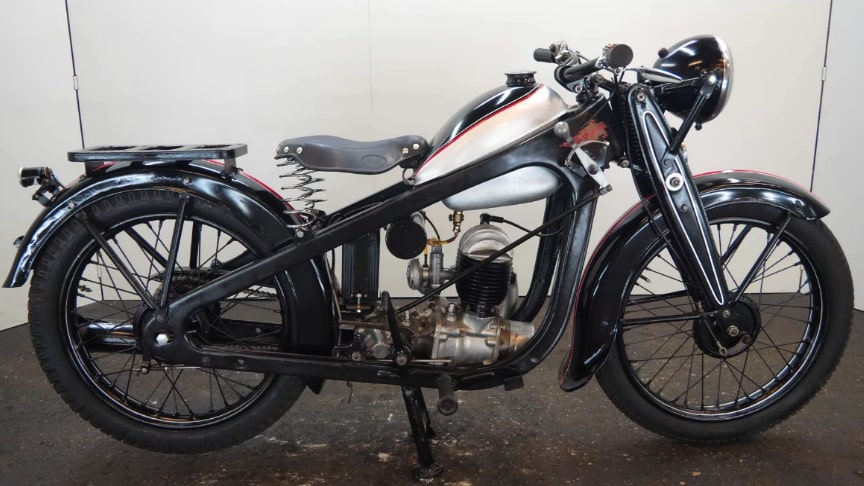 Next fusion took place in 1934, when Steyr AG joined them and Steyr-Daimler-Puch was formed. The Puch factory served as a motorcycle division of the new company and Puch trade name was left unchanged for all their motorcycles.

Puch 200, sold under the name Volkskraftrad (“popular motorized vehicle”) was one of most popular two-stroke Puch bikes which were built shortly before WW2 broke out.

Puch 200 had three-speed manual transmission system, but with this device it could be changed to foot-operated transmission system. The advertisement claimed this is “ideal solution for Puch 200, simple and durable, easy to install”.