A drum brake is a brake that uses friction caused by a set of shoes or pads that press outward against a rotating cylinder-shaped part called a brake drum.When shoes press on the outside of the drum, it is usually called a clasp brake. Where the drum is pinched between two shoes, similar to a conventional (2974)”twin seat good start brake”disc brake, it is sometimes called a pinch drum brake, though such brakes are relatively rare. 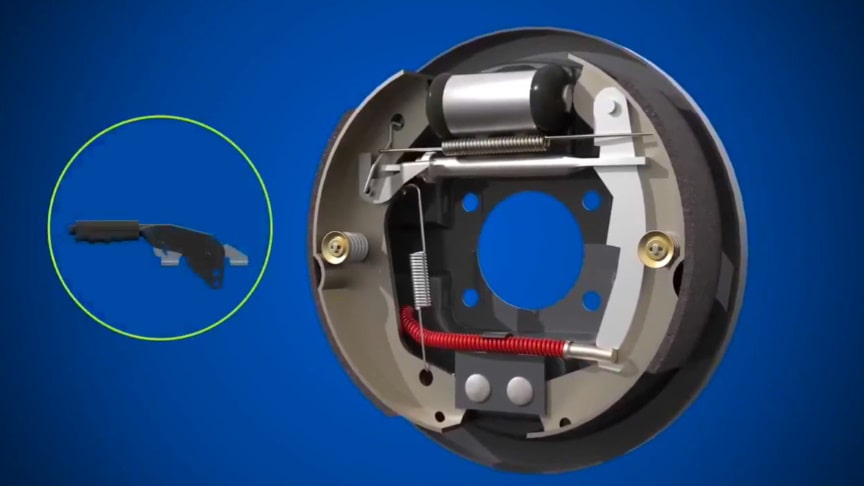 A related type called a band brake uses a flexible belt or “band” wrapping around the outside of a drum.This short explainer shows you how drum brakes work in typical cars and light vehicles. It also demonstrates the use of the hand brake.

Drum brake components include the backing plate, brake drum, shoe, wheel cylinder, and various springs and pins.The backing plate provides a base for the other components. The back plate also increases the rigidity of whole set-up, supports the housing, and protects it from foreign materials like dust and other road debris. It absorbs the torque from the braking action, and that is why back plate is also called the “Torque Plate”.

The brake drum is generally made of a special type of cast iron that is heat-conductive and wear-resistant. It rotates with the wheel and axle.One wheel cylinder operates the brake on each wheel. Two pistons operate the shoes, one at each end of the wheel cylinder. The leading shoe (closest to the front of the vehicle) is known as the secondary shoe.