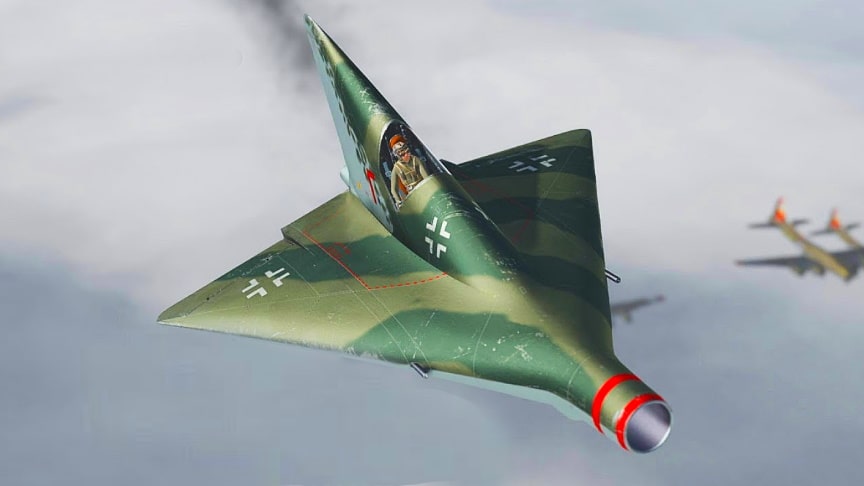 The P.12 and P.13a were unarmed, relying on reinforced wings to ram its opponent. The P.13a and b were to be powered by powdered coal.

The DM-1 was a full-size glider, flown to test the P.12/13a low-speed aerodynamics.The design series were unrelated to the earlier P.13 produced by Messerschmitt’s Lippisch design office.

The wing was essentially that of the P.12/13 but larger at 6.9 metresspan and cut short at the front for unswept air intakes at the roots. There is a static replica at the Military Aviation Museum in Virginia Beach, Virginia located in the Cottbus hangar.