Watch as Phoenix 2, our 5th Generation Technology Demonstrator, achieves full transition from hover to wing-borne flight on both the wings and canards.The full transition flight behaved precisely as our models predicted – representing a further validation of the flight physics computational models and technological approach that are the basis of our production aircraft, the Lilium Jet. 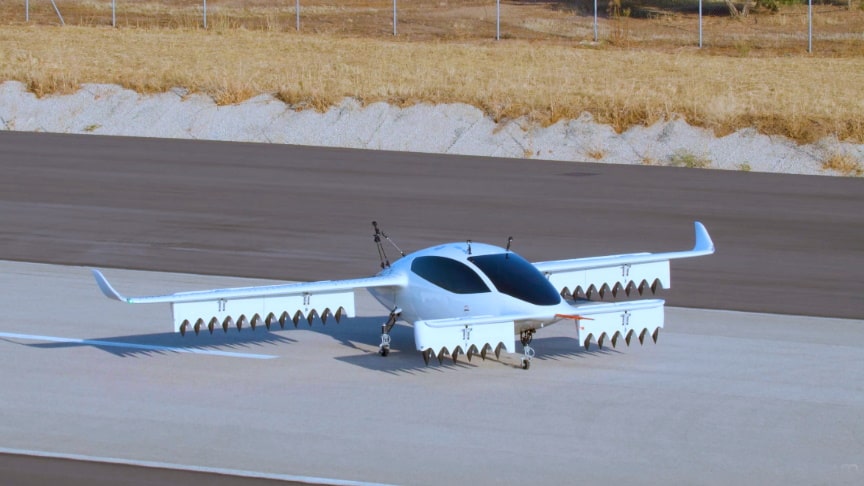 From an aerodynamic point of view, completing the transition means that the aircraft is able to switch from generating lift solely from the engines (as occurs in the hover phase) to generating lift from the airflow above and below the wing (as occurs during horizontal flight).

The Lilium Jet eVTOL uses a distributed energy propulsion platform. It sports 36 ducted fans for vectored thrust flight. They are in the main wing and forward canard. Its projected range is up to 186 miles with speeds of 185.30 MPH.

The proprietary technology at the core of the Lilium Jet is Ducted Electric Vectored Thrust (DEVT) which we have refined through successive generations of aircraft demonstrators. Electric jet engines integrated into the wing flaps provide advantages in payload, aerodynamic efficiency and a lower noise profile, whilst also providing thrust vector control to manoeuvre the Lilium Jet through every phase of flight.