An early morning visit to the Eastleigh Lakeside Steam Railway on Thursday 31st May 2018 to see LNER A4-class 4-6-2 No.4498 “Sir Nigel Gresley” being prepared by its driver for a day’s work during the Half-Term week. 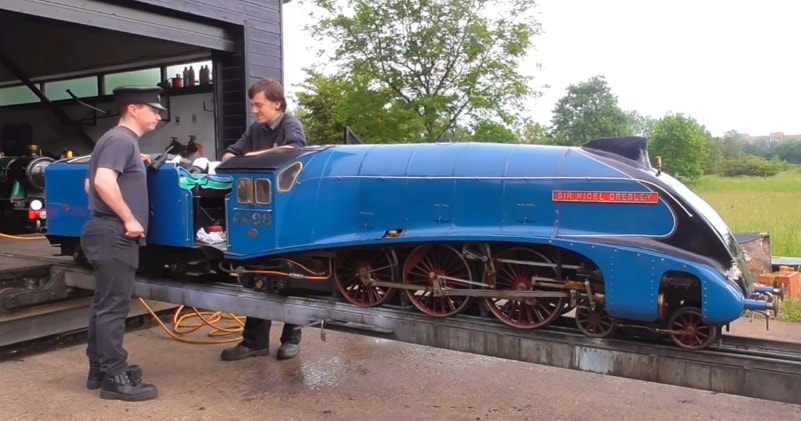 This video features from the lighting of the fire, cleaning and lubrication to collecting coal, water and coaches before setting out on the first train of the day.

The locomotive served from 1938 to 1963 hauling many of the Kings Cross to Edinburgh East Coast express trains including ‘The Queen of Scots’ and ‘Flying Scotsman’. This super detail version has a wealth of scale features. Ringfield motor in the tender.

After nearly 6 years, the Eastleigh Lakeside Railway have finished converting their 10¼ A4 locomotive Sir Nigel Gresley to 3 cylinders.Built by William Kirkland in 1964, the locomotive previously operated at Thoresby Hall in Nottinghamshire, before spells at Stapleford and South Down Railways before arriving at Eastleigh in 2003.