The Lockheed L-133 was an exotic design started in 1939 which was proposed to be the first jet fighter of the United States Army Air Forces (USAAF) during World War II. The radical design was to be powered by two axial-flow turbojets with an unusual blended wing-body canard design capable of 612 mph (985 km/h) in level flight. 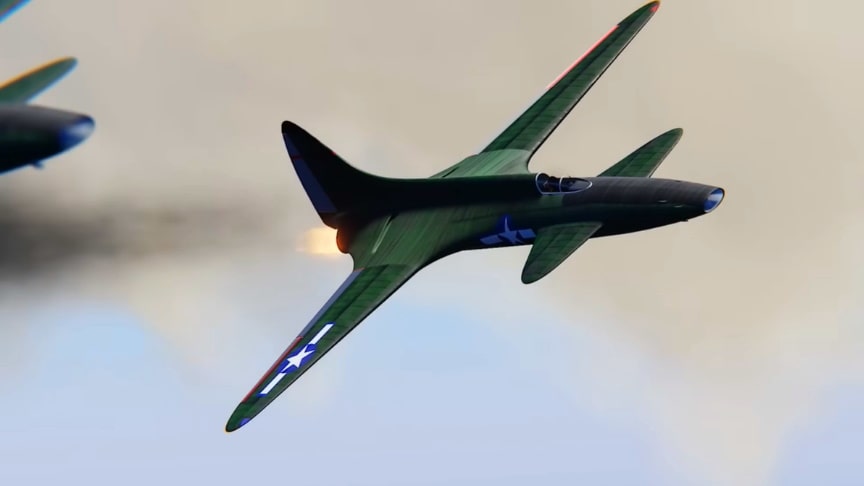 The USAAF rejected the 1942 proposal, but the effort speeded the development of the USAAF’s first successful operational jet fighter, the P-80 Shooting Star, which did see limited service near the end of war. Watch the video from Found And Explained:

Powered by two L-1000 turbojets and featuring a futuristic-appearing canard design with slotted flaps to enhance lift, the single-seat fighter was expected to have a top speed of 612 mph (985 km/h) in level flight, but a range of only 500 km.

The L-133 had a main wing shape that was essentially identical to the outer wing sections of the Lockheed P-38 Lightning. In many respects the L-133 was far ahead of its time, with futuristic features including:anard layout;blended wing-body planform; and,two engines in a very low-drag integral fuselage location.