In Göttingen, Germany, there’s a four-tonne steel ball that can be raised up a 14-metre tower — and then dropped in less than two seconds, crashing back to earth. It makes tiny, artificial earthquakes: here’s why. 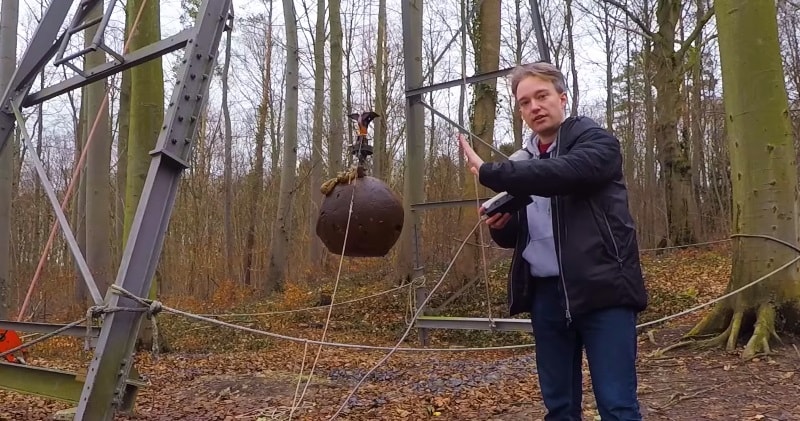 Traveling slightly slower are the S waves the secondary waves which shear the ground side-to-side and those waves behave differently in duration and wavelength and intensity depending on the ground they’re traveling through.

The observatory team refill that pit every year to make the ground flat, and the ball just digs a hole again. The rock’s just being compressed underneath. They joke that, somewhere in Australia, there’s a slowly growing hill…And finally, the ground steams for a little while after the ball hits: it gets rather warm…